No Man Is Big Enough for My Arms

Karolina Jablonska, one of the best-known young representatives of new painting in Poland, completed her Master’s thesis at the Academy of Fine Arts in Krakow three years ago and has since dynamically developed her career as an artist step by step. She works individually as well as in collaborative practice. She is no “exceptional woman” in a Krakow artist trio which operates a gallery and a publishing house as well as collaboratively curates exhibitions and, evoking its success, calls itself Potencja (potency). Potencja, active since 2012, has long conquered the local art scene with its performative activities and dark, image-rich formats.

In the Vienna gallery Works on Paper, the brilliant painter shows her graphic works, which she creates parallel to her painting. In her painting as well as in her works on paper the human figure is dominant and a memorable style – an oscillation between bold pop-art-like expression, folksy simplification of the opulent forms as well as a play with vertigo-inducing perspective, which always functions like a monstrous magnifying glass. The focus of Jablonska’s works on paper, which she herself describes as “in the dark”, are, in torturous slow motion, motifs of violence, sexual desire, rivalry and erotic intimacy, subjects, therefore, which the previous generation of painters has avoided, or has not given such drastic, irritating, subjective form. Her early paintings already referenced various models of femaleness from art history (Rousseau, Munch, Gentileschi), whose output Jablonska counters in an endless loop (reflecting the asymmetrical balance of the genders), sometimes humorously with nods to kitsch, fables, selfies or other pop-cultural image creation. Not least, in Jablonska’s home, fairly recently women took to the streets a number of times dressed in black and carrying black umbrellas in order to advocate for their rights and protest against outside control over their bodies. Oftentimes the faces of the artist’s figures are covered by stocking masks or are hardly visible, but fixedly staring eyes or wide open mouths pop out of the dark, which emphasise the subjects’ anonymity in support of their milieu-specific actions. That way, Jablonska creates an impression of subversive rebellion against any kind of superior exertion of power as well as against male abuse of women in particular. Sometimes, her work can also only be about aspects of ritual fights for survival. The spatial distortions and disconcerting close-ups of the figures as well as the dramatised fragmentation of the bodies and the placement of the smaller works in small black glass boxes – as if embedded in a screen – marks the shift of visual power from the physical to the digital world.

In the currently shown works Jablonska mostly uses stencils, which she expertly works with applying a spray in differentiated shades of black-grey and occasionally the colour pink as an addition. Her memorable images are grotesque and poetic, brutal and delicate, conventional and experimental at once. In them, the painter addresses the existential conflicts of young people and their dubious moods and ambiguity going as far as distressing excesses of violence, angry outbursts and unexpected spook actions. The flowing bodies and their smooth surface appearance that appeals to the senses and wants to be seen have evolved from the influence of the visual communication in social media between love, care and body horror in digital capitalism and seem to be of an oral rather than image-immanent character. Following this, the ontology of Jablonska’s image worlds with their profusion of contents with a signal character and circulating forms, which listen to the oblique associations and painful feelings, fluctuating and flickering. The meanings resulting from them, too, are ephemeral and temporary. Their messages or visual language rather resemble relations in digital social networks than purely behaviourist acting patterns in the “real world”.  And despite this contradiction we perceive Jablonska’s visions as more real than they themselves are.

In her works the painter does not strictly bind herself to feminist breeding: rather, the explosion of (antagonistic) emotions and her inner fire are directed against any form of oppression and aggression and support a better now. For her works on paper and collaged video loops, which are currently shown, the artist appropriates as a reference the title of a pop song that she once heard on the radio. “No man is big enough for my arms” is a quote by Suzanne Mallouk, the partner of Jean-Michel Basquiat, which in the song by the French-Cuban, feminist twin duo Ibey is an expression of confidence in a better future. Despite the admiration of a belief in the causal power of many honourable attitudes and intentions (including the artistic) it is difficult to always live up to them in life, which, as Jablonska notes, leads to confrontation, violence, hate speech and other bitter disappointments. These emotional tensions are recounted in her work, modifyingly in allusion to the present image-creation technique of selfies. It gives her form of expression a new impulse, which manifests in a broad range of facial expressions, poses and gestures, which are semantically with their predecessors from art history, pop and celebrity culture condensed, filtered and heightened into artefacts. 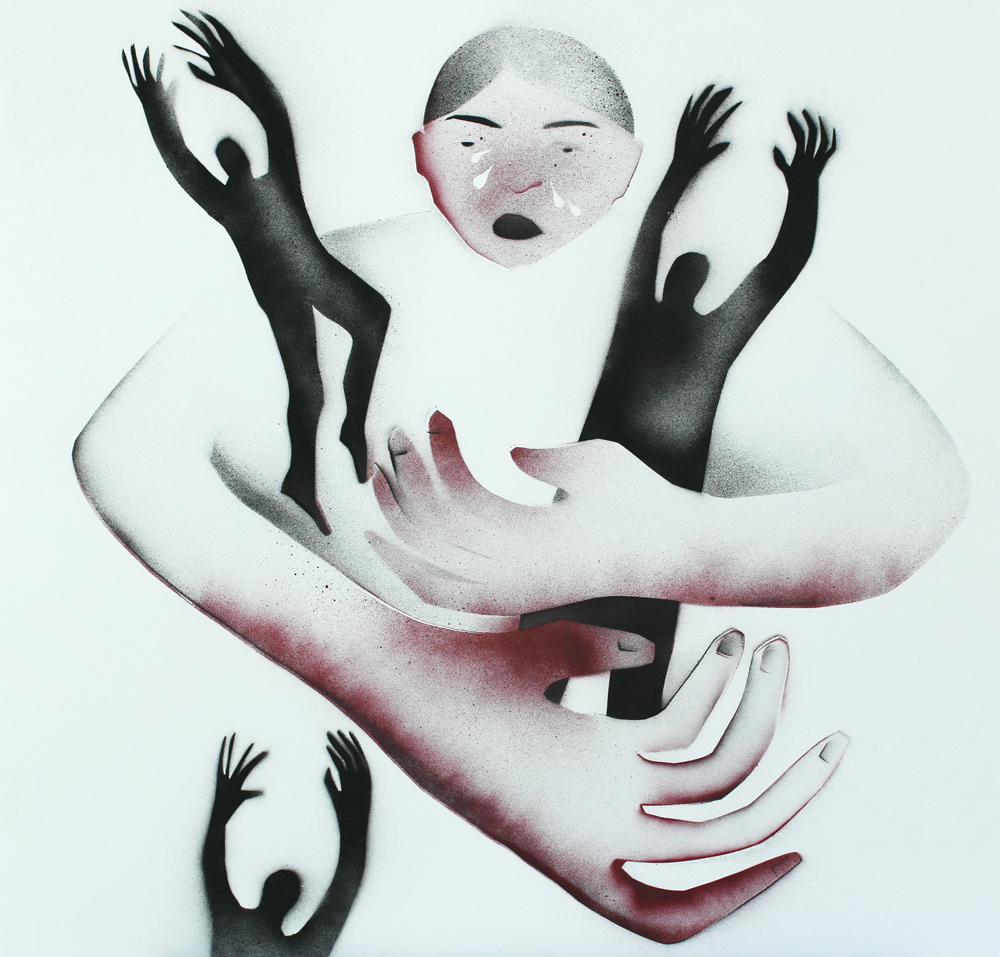 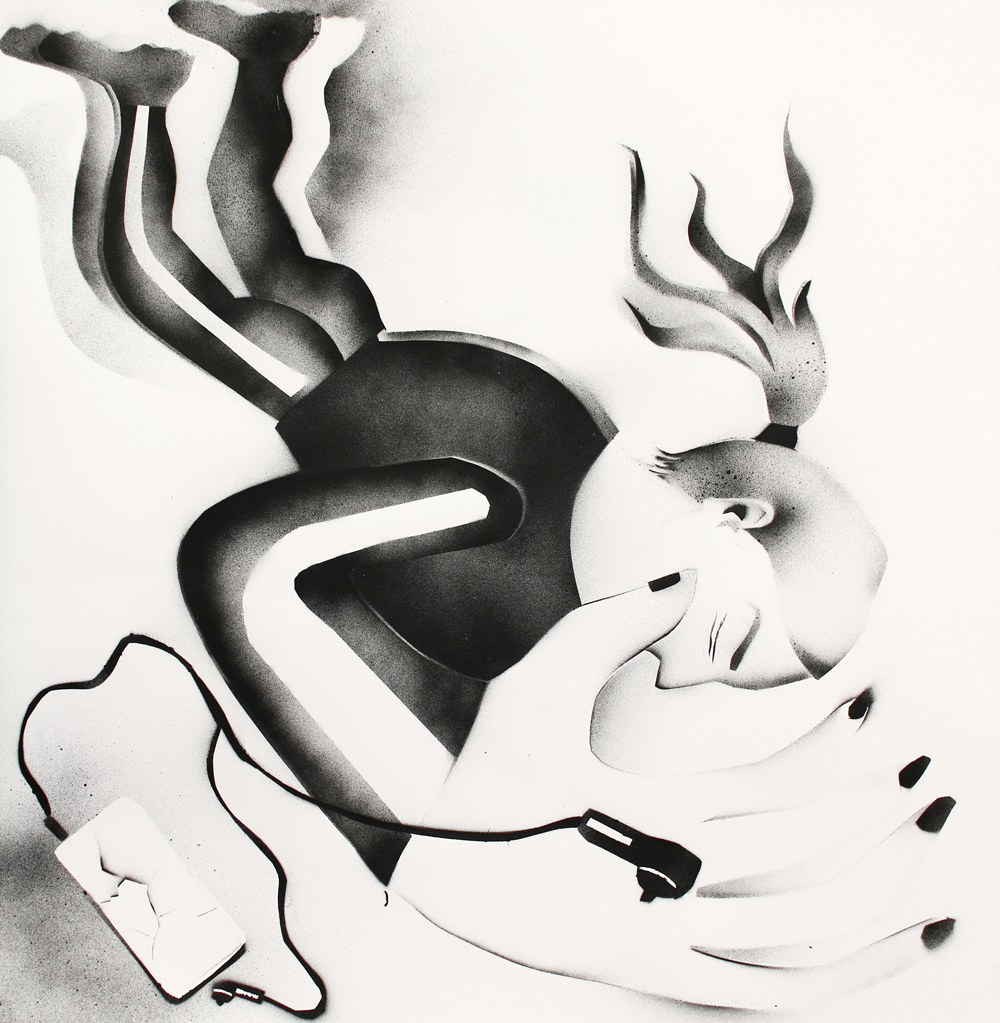 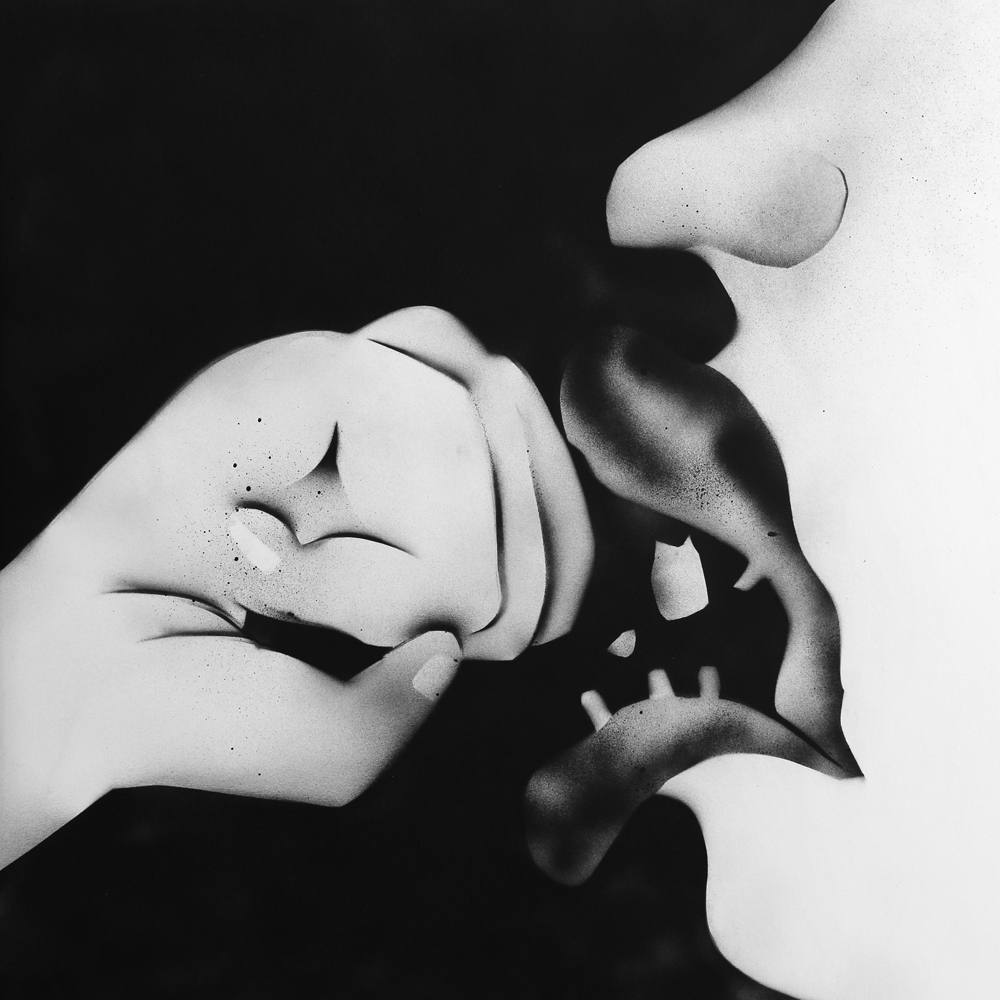 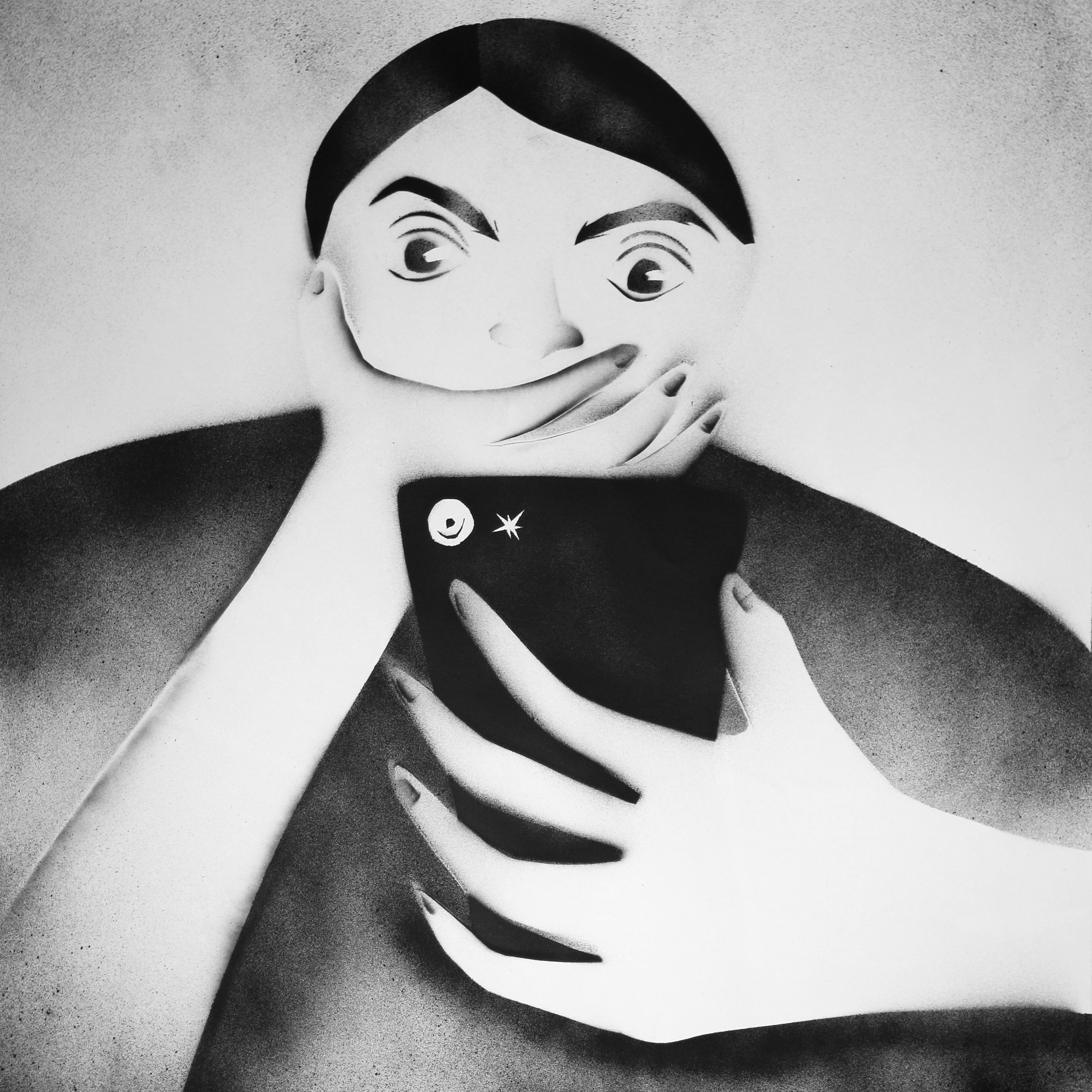 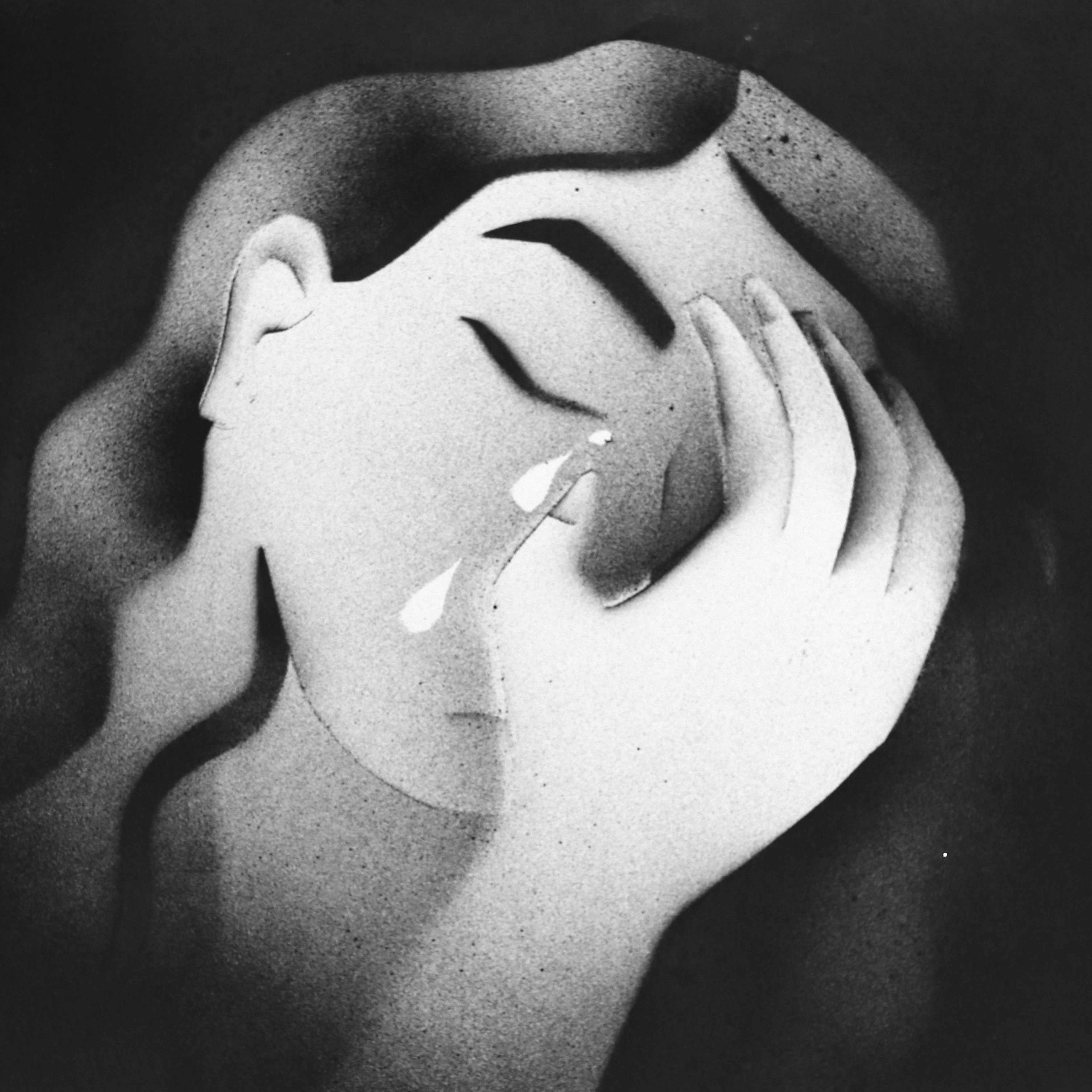 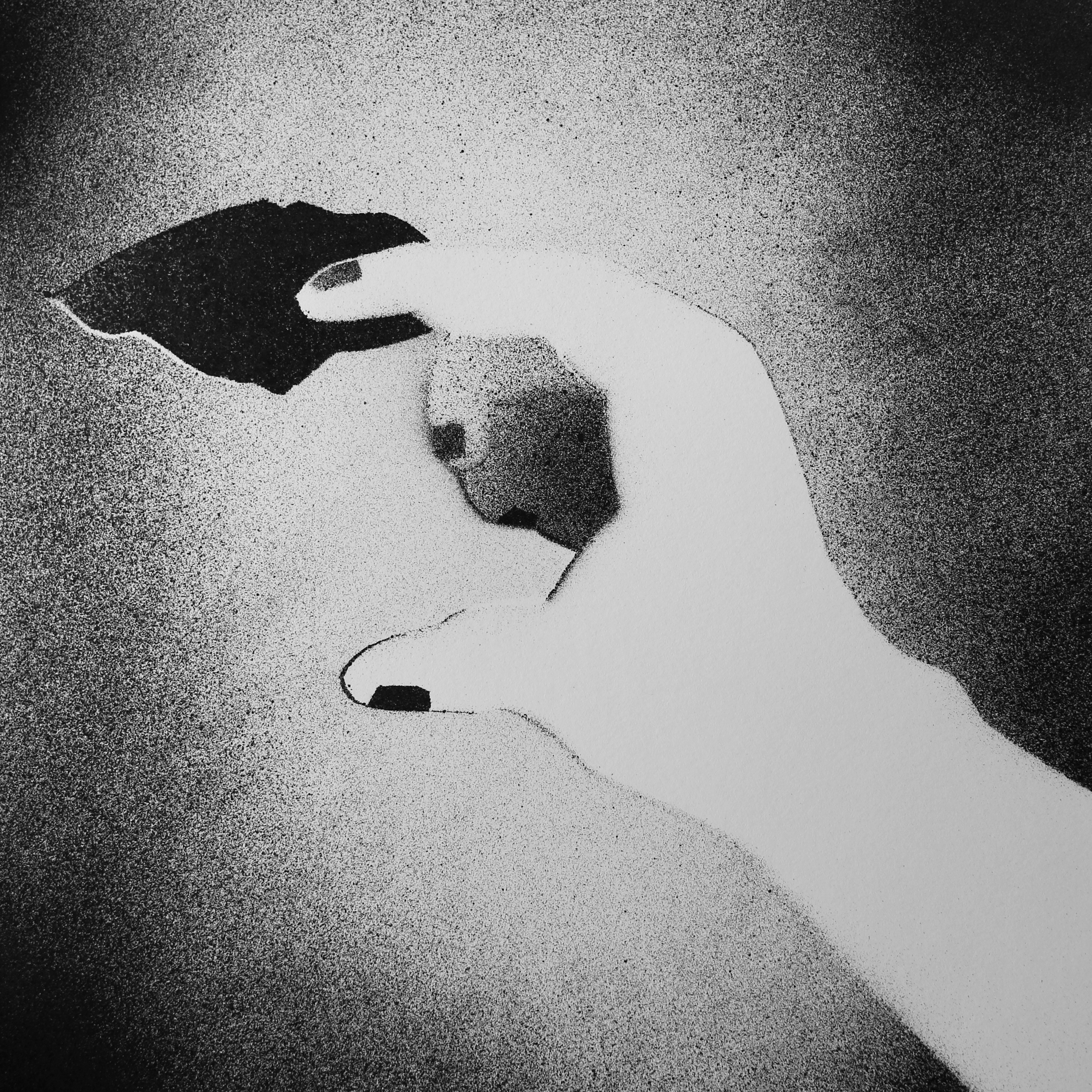 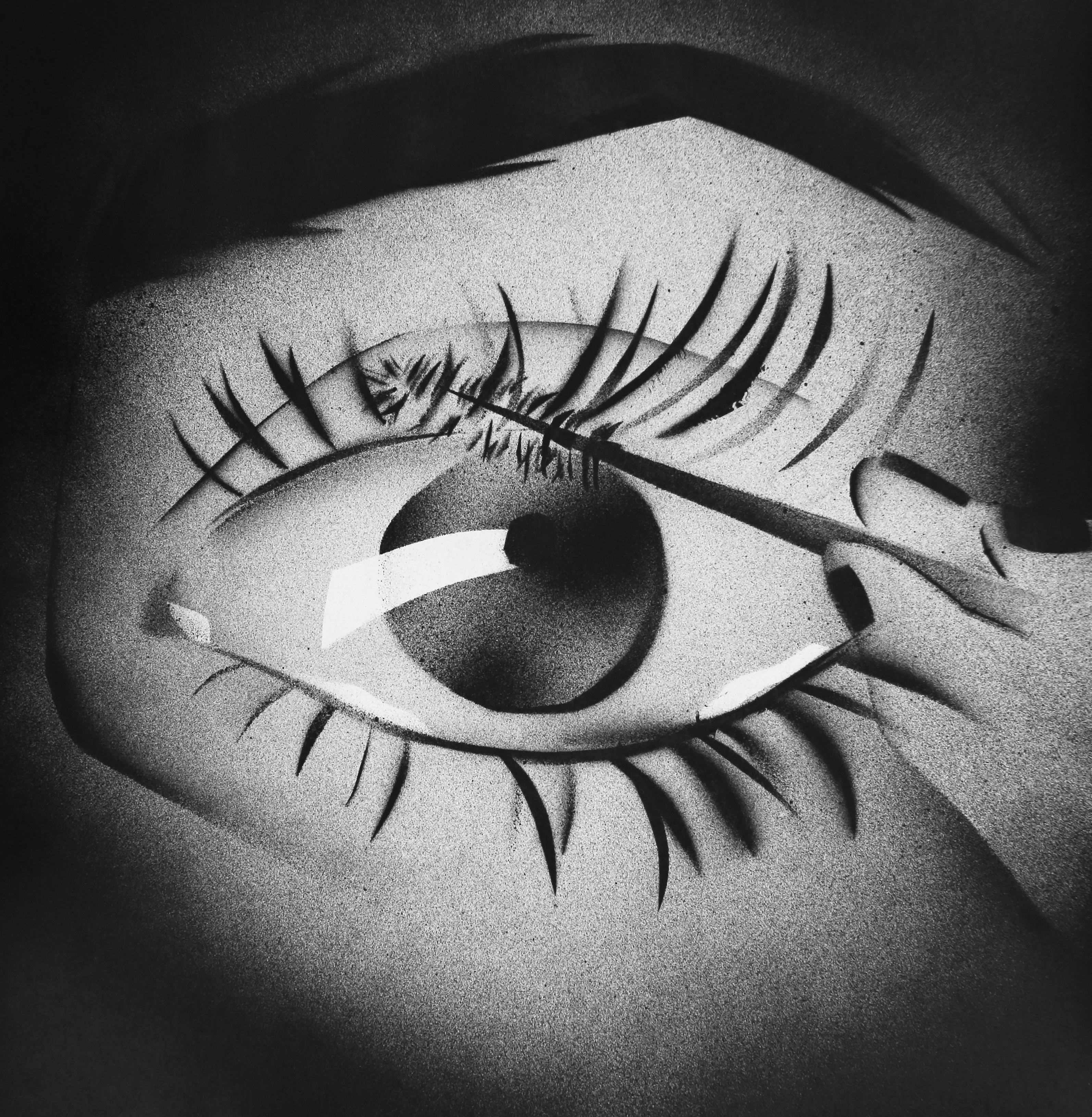 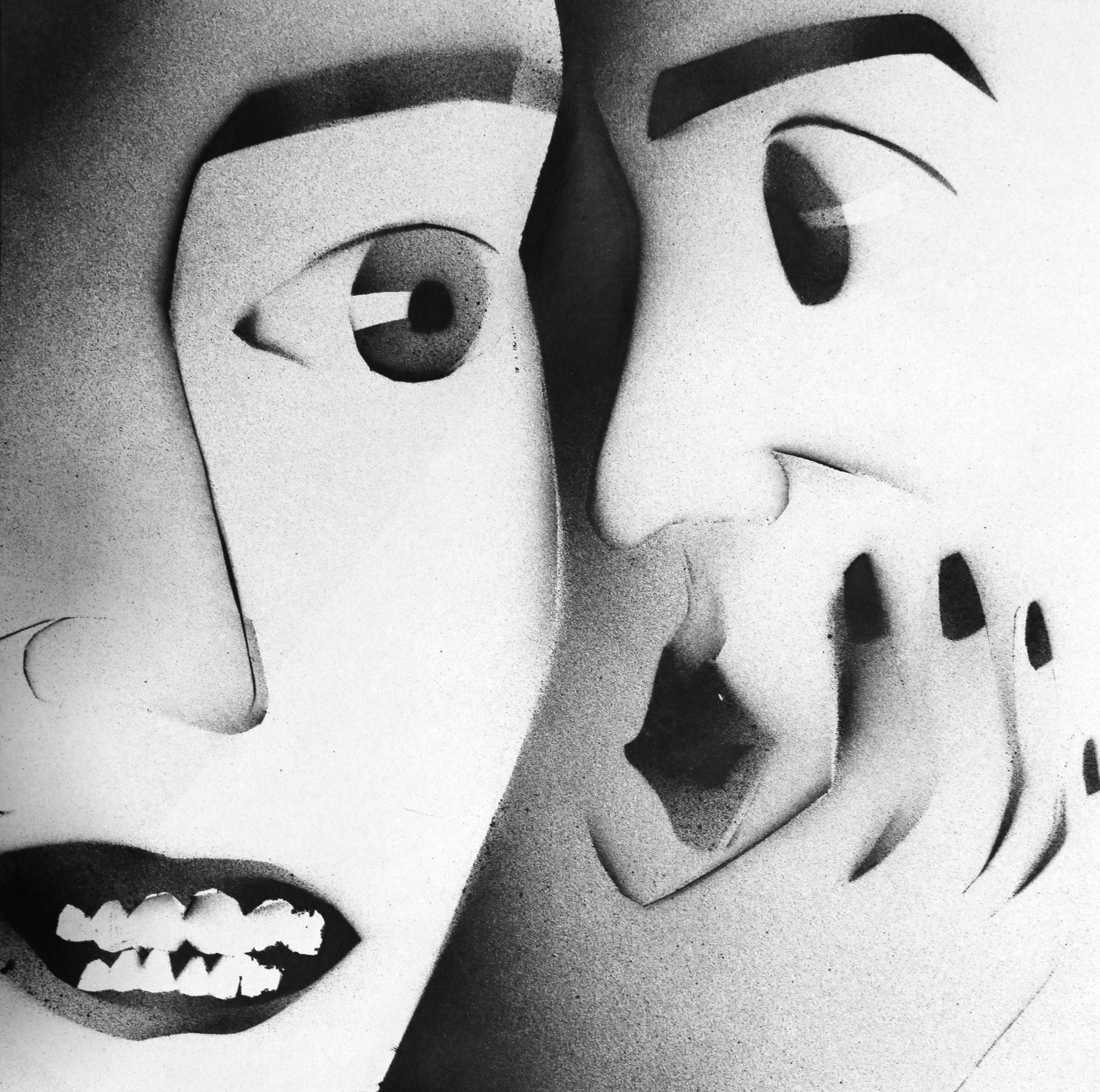