On the 2nd Friday in April

The exhibition title On the 2nd Friday in April is immediately reminiscent of the Date Paintings by On Kawara. His providing of dates allowed him, in a conceptual sense, to transform his life into art by means of time and place, since the painting is also accompanied by the relevant newspaper clipping. Kawara himself was shy of publicity and understood how to locate his personal conditions in the intersection between place, event and duration – a fact that is also inherent in Hofer’s title. After all it was the originally planned opening date of this exhibition, which the artist passed along in this manner so it could be easily remembered, before it suddenly was placed into a new context by an unprecedented epidemic. And so it was not the absent artist who chose the date and place for the portrait of his artistic practice, but the circumstance of a global context – that is still ongoing, and set in motion measures that became necessary overnight, and affected and still affect all of us.

It is always presumptuous to automatically include into the work an event that seems to be occurring independently of the artistic process and choose riding along as a mode of movement. However, the structure of mobility and movement given in this picture reflects the intuitive experiences of urban space of a cartographer like Siggi Hofer. In his drawings he subtly reduces experiences of time and space, that solidify orientation systems into language. This meticulousness – to record in graphic form point by point, statement by statement, action by action – is the central driving force of Siggi Hofer’s understanding of art.

All the more, the now necessary catalogue of measures can be read as a condition and a template for our coexistence within and outside the world of art. The grid becomes the clock frequency of our room to move and a completely new self-experience. The parallel motives of artistic practice and the present condition condense and supplement the narrative of the exhibition. Unplanned, the motif of the green-white-red rose has become a symbol of solidarity with Italy and the current events.

The motif of the rose is not only iconographically charged in its romantic and political scope, but also a childhood memory of the artist going back to his school days in Italy. According to Hofer, there were exercise books that offered motifs to trace and practice drawing. If we look back again, at measures, action and effect that indicate the meticulousness of the artist, we understand the naturalness of Hofer’s position to let the action and the motif intervene in the artistic process. This is supported by the writings distributed on several wooden panels, like come on sister, come on brother or ich will kein Mensch sein (I don’t want to be a human), that alongside the roses achieve performance akin to a recited text. The text fragments turn into mobile protagonists leaning against the wall, that move to the roses as if on a stage and mirror our thoughts as a self-experience of the most recent events. We can not only read the messages directly from the script for ourselves and make them our own, but also carry them through the room, adjust them and combine them anew. If the production of art takes up centrally our quality of identification and distance, this is translated in the most direct and immediate manner to the portable plywood panels during the described time of the lockdown caused by the epidemic. And we nearly forgot that On Kawara is still in the room without ever having been there, since our present, too, rests on textualisations provided, supported and read from the outside. 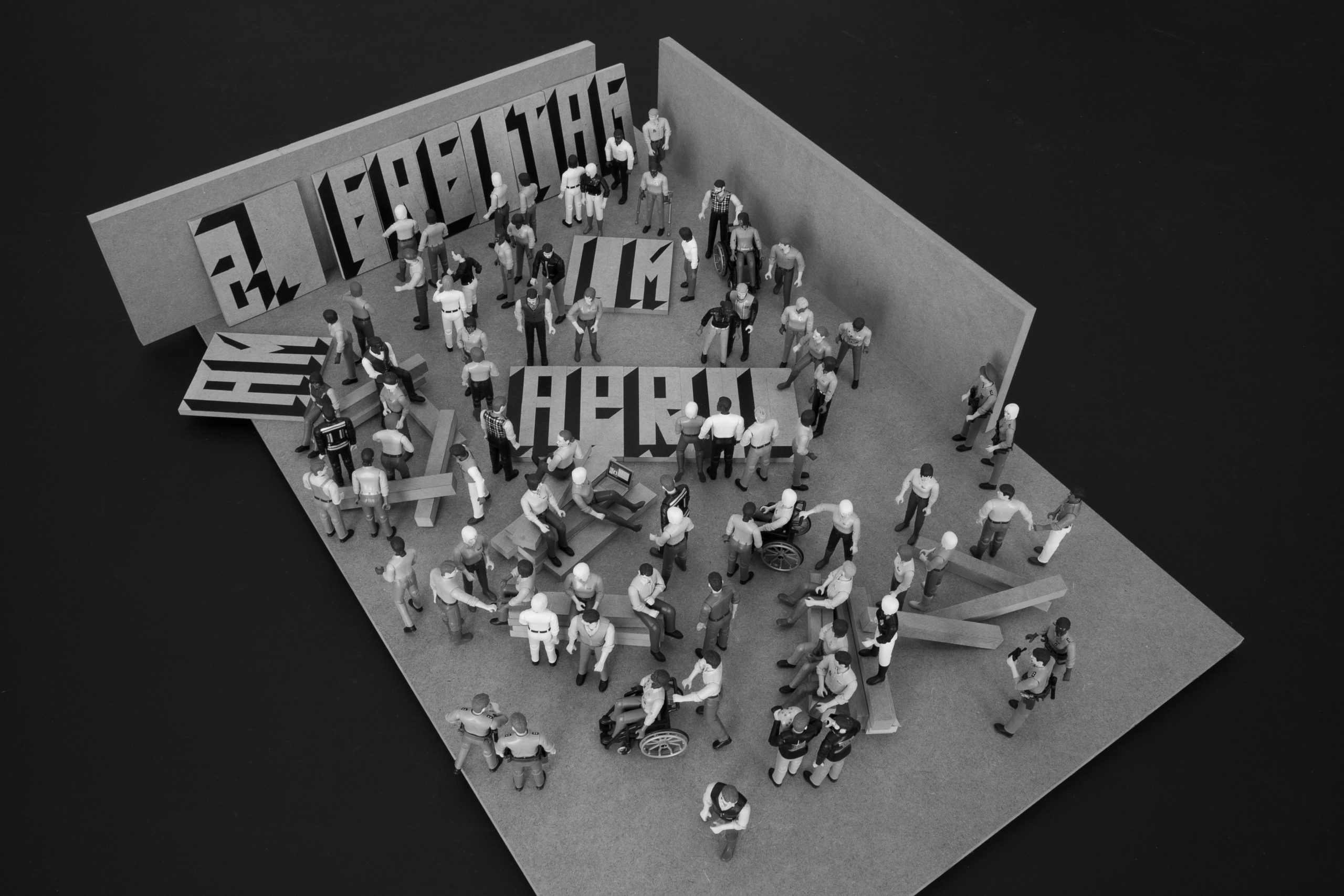 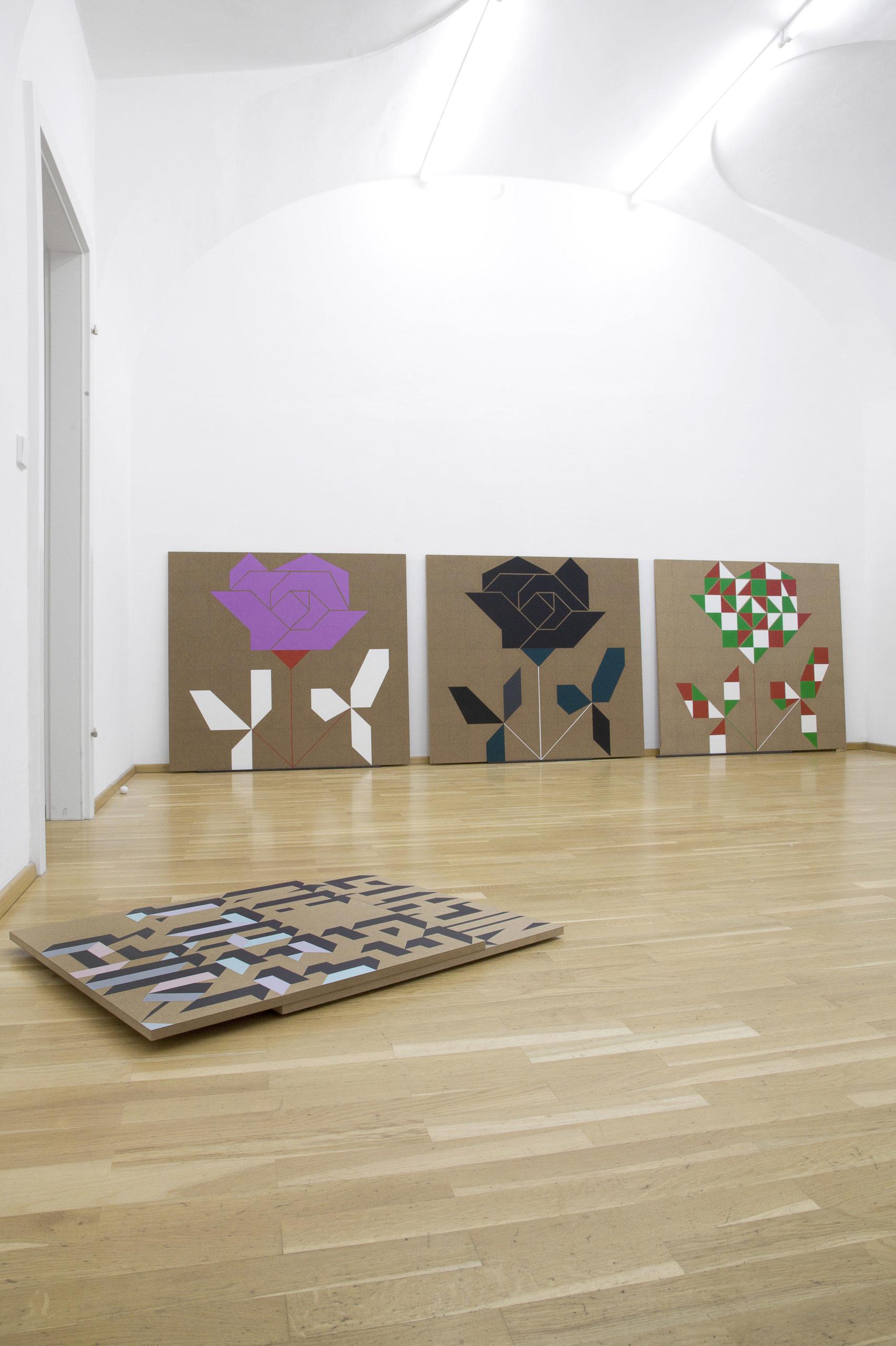 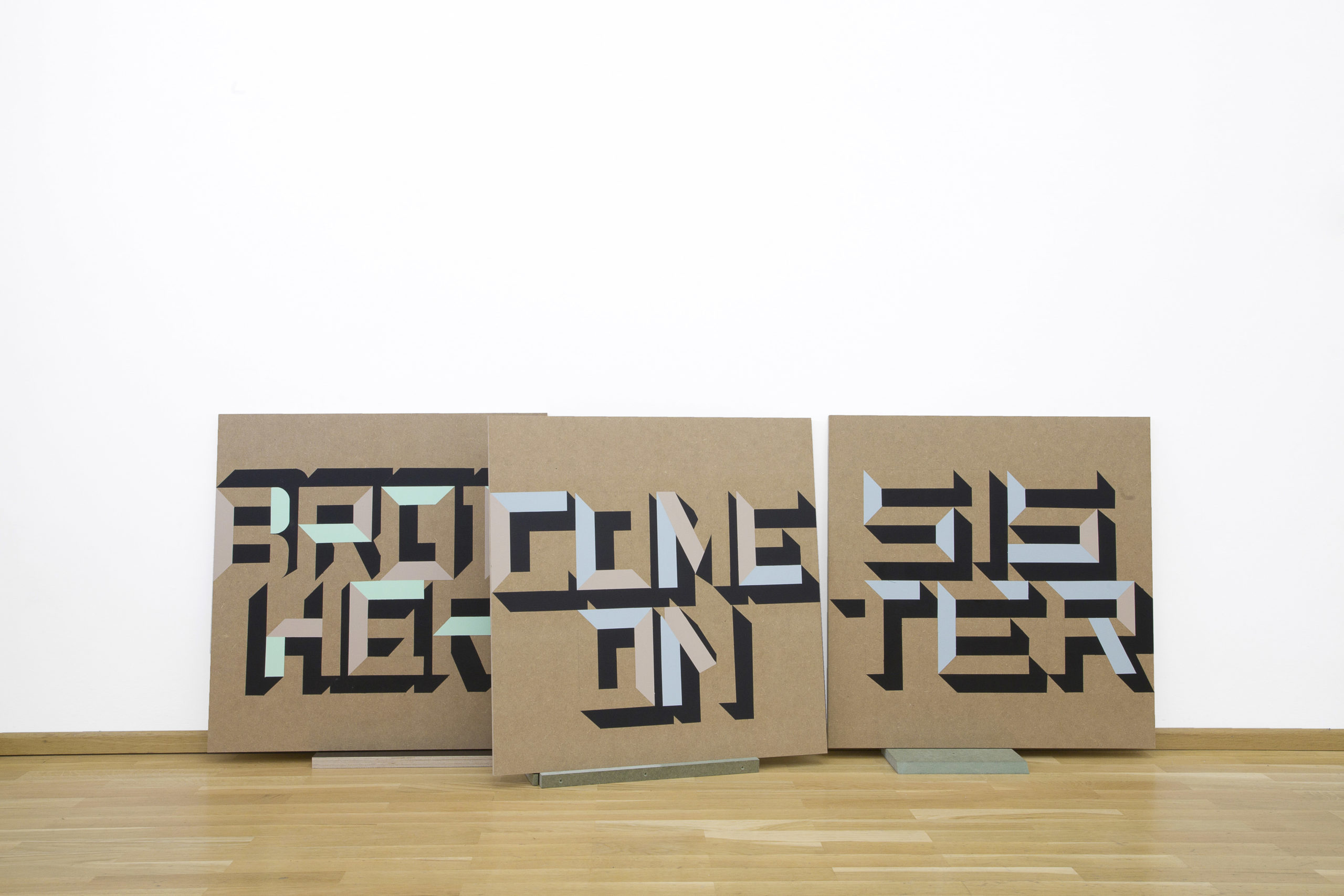 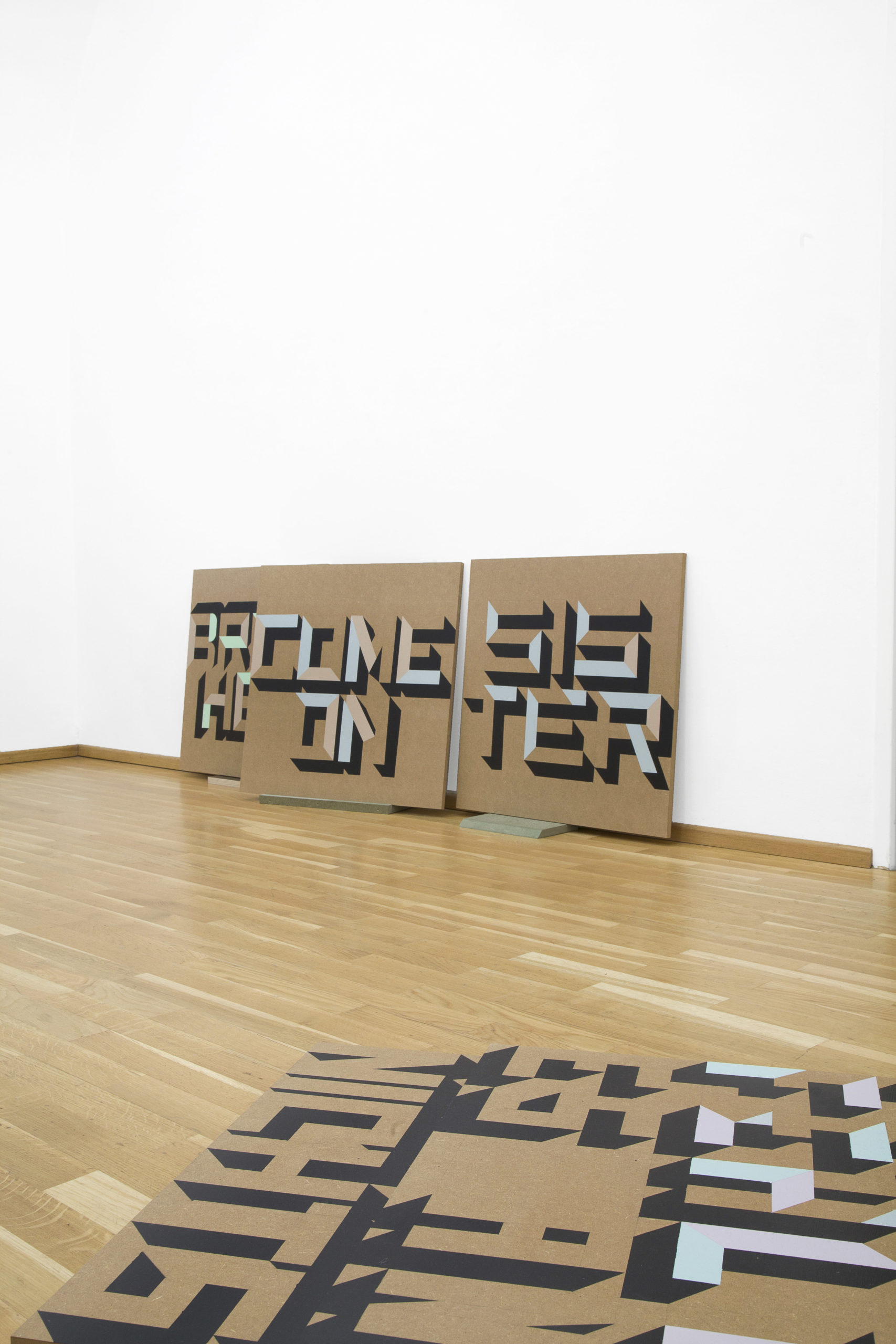 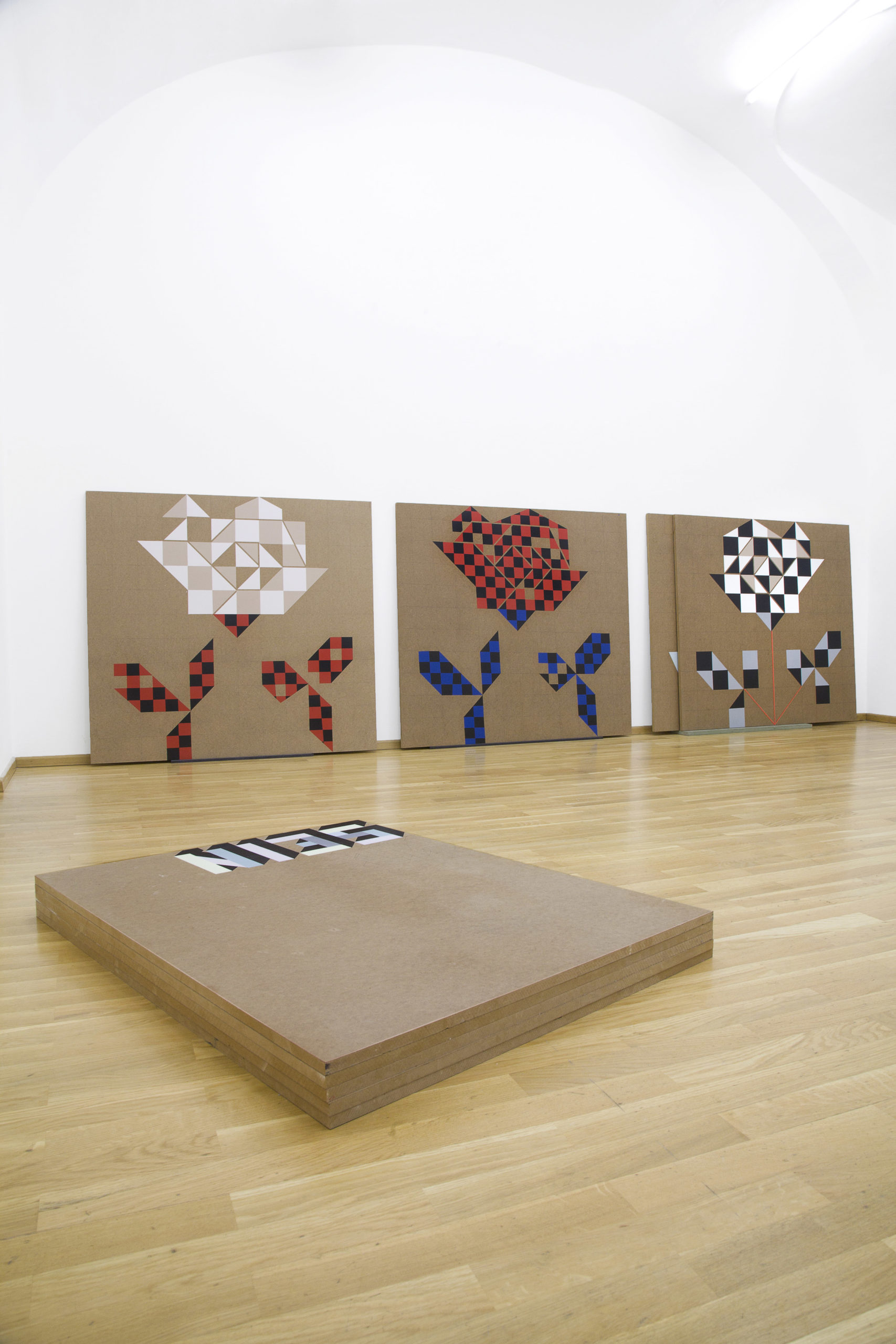 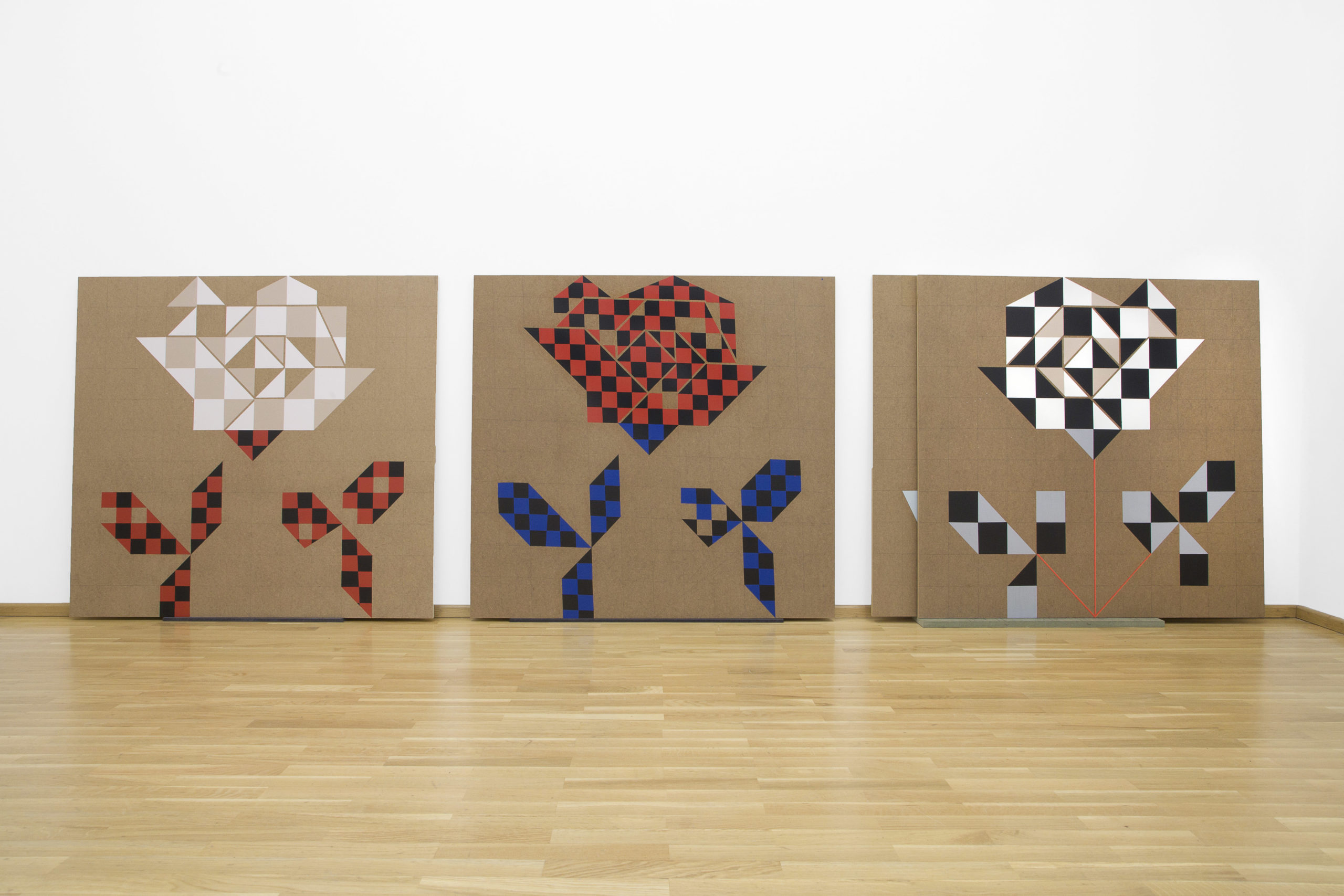 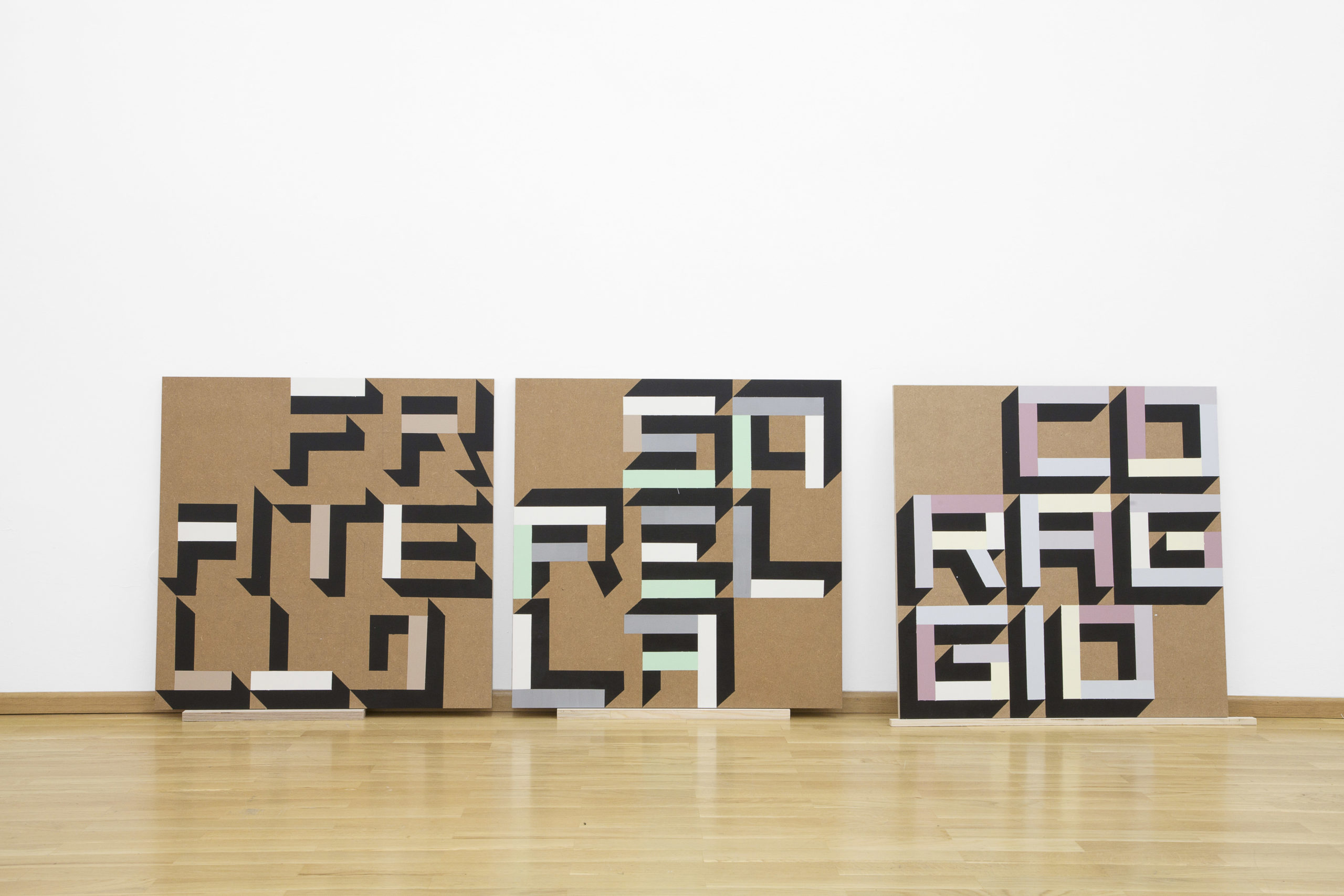 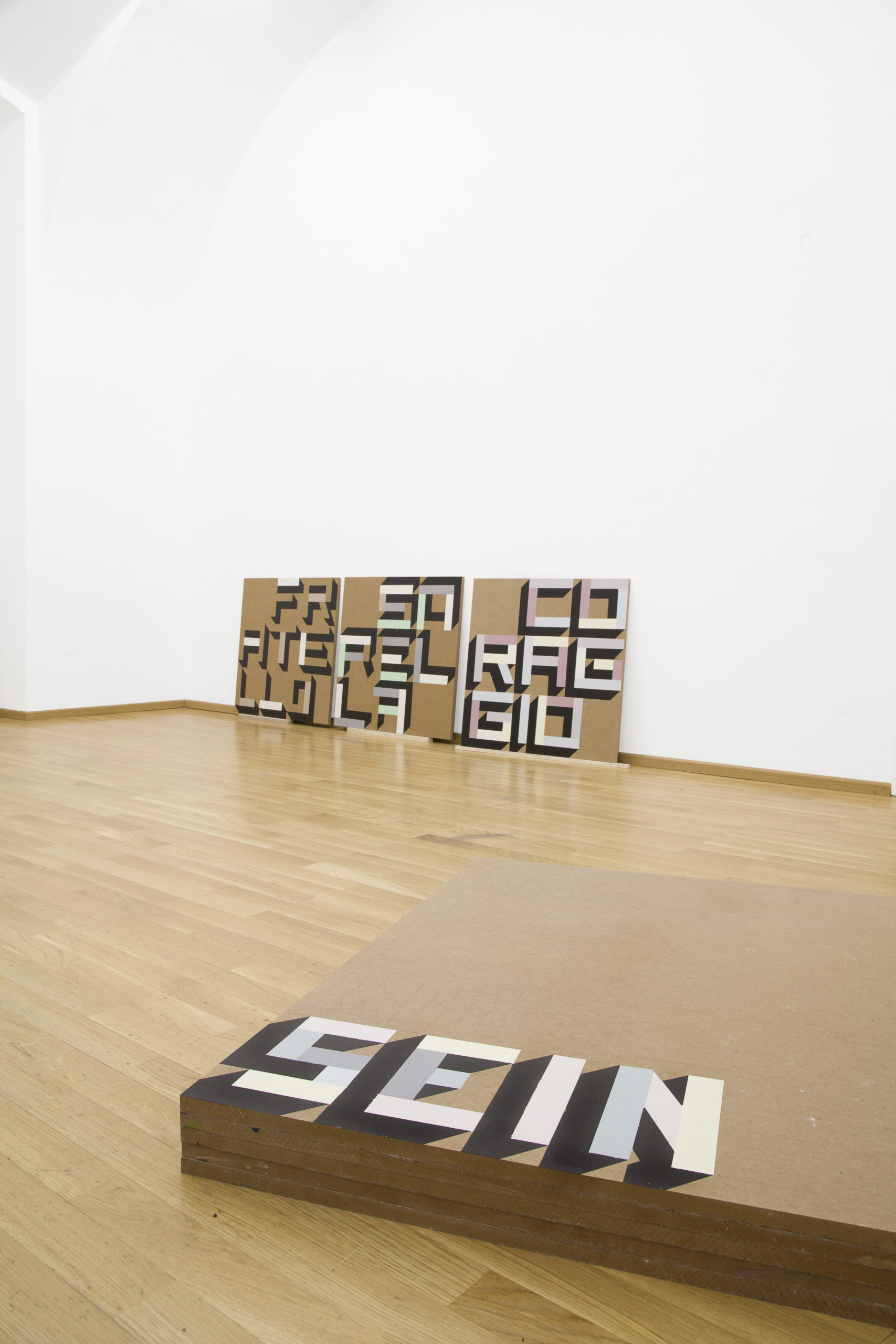 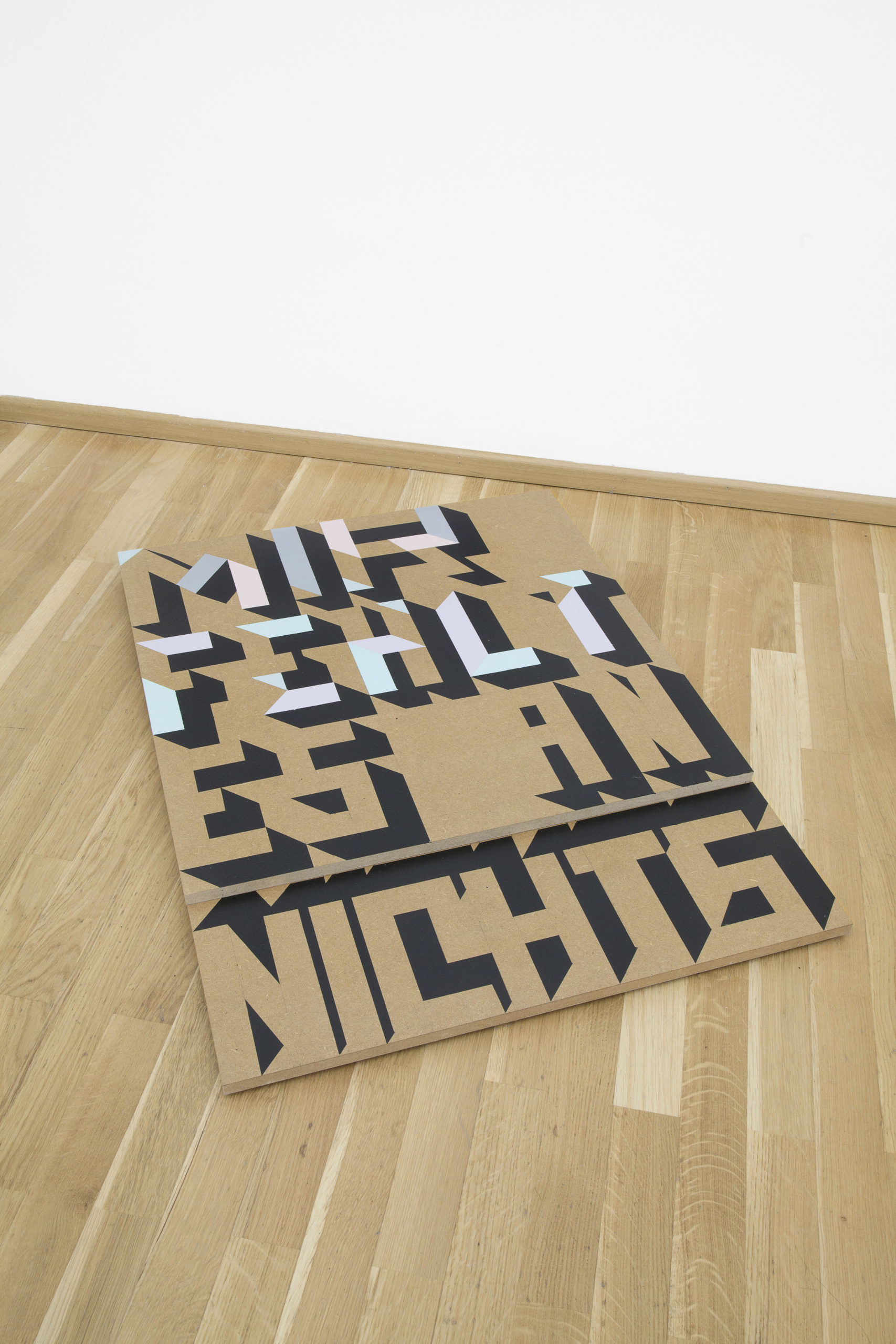