To the Ghosts of the City

This week, each day has held most of the seasons. It’s strange. Not desert strange, but more like airplane interior strange. Hot enough to make your hands sticky, then cold enough to make your wrists hurt. The wind is tangy, bitter, and smells old. The sun’s peeking out from behind its shadow as I’m writing this. The arm of a crane just swung through the frame of the window. It looked like it was pushing the clouds through the sky. Winter has stopped making sense.

Linda makes big dick paintings with the sun. She waits for them to emerge after being baked in chemicals. Each surface is a new beginning and end. Each support a record of the sun’s movement. Some quote tough guy brushwork from postwar New York. Some are monumentally small. Some are narrow and odd shaped. If you put them together, they become characters. Their singular gestures are narrative. Chapters move slowly, stubbornly. Her gallbladder was recently removed. She’s working her way through the photographic lab but has left the lens behind. I don’t really understand how the exposure process works. She says it’s difficult to predict.

Andreas uses lines to mark the time of a support. Color comes and goes, bridges space, and confuses chronology. Each surface is a new beginning and end. They’re descriptive in their touch and build their own past. Some of them look like siblings, fraternal twins even. Some of them don’t. His lines are flat and bunch up into territories. They hover on the surface and shiver. Sometimes they tie space together. Sometimes they separate it and tease perspectival depth. He looks much younger with short hair. Some of his works open up to the architecture that surrounds them. Some are more stubborn and self-contained. I’d like to think his work is about the joy of finding and losing space.

Linda and Andreas work in the same room. They share a bed, kitchen, and bathroom. They watch TV together and speak a foreign language in order to communicate. They adopt shapes and ideas about materiality, surface, and marks from one another, then give them back. The walls of this show are an edited recording of their conversations. It’s not chronological but tracks time. 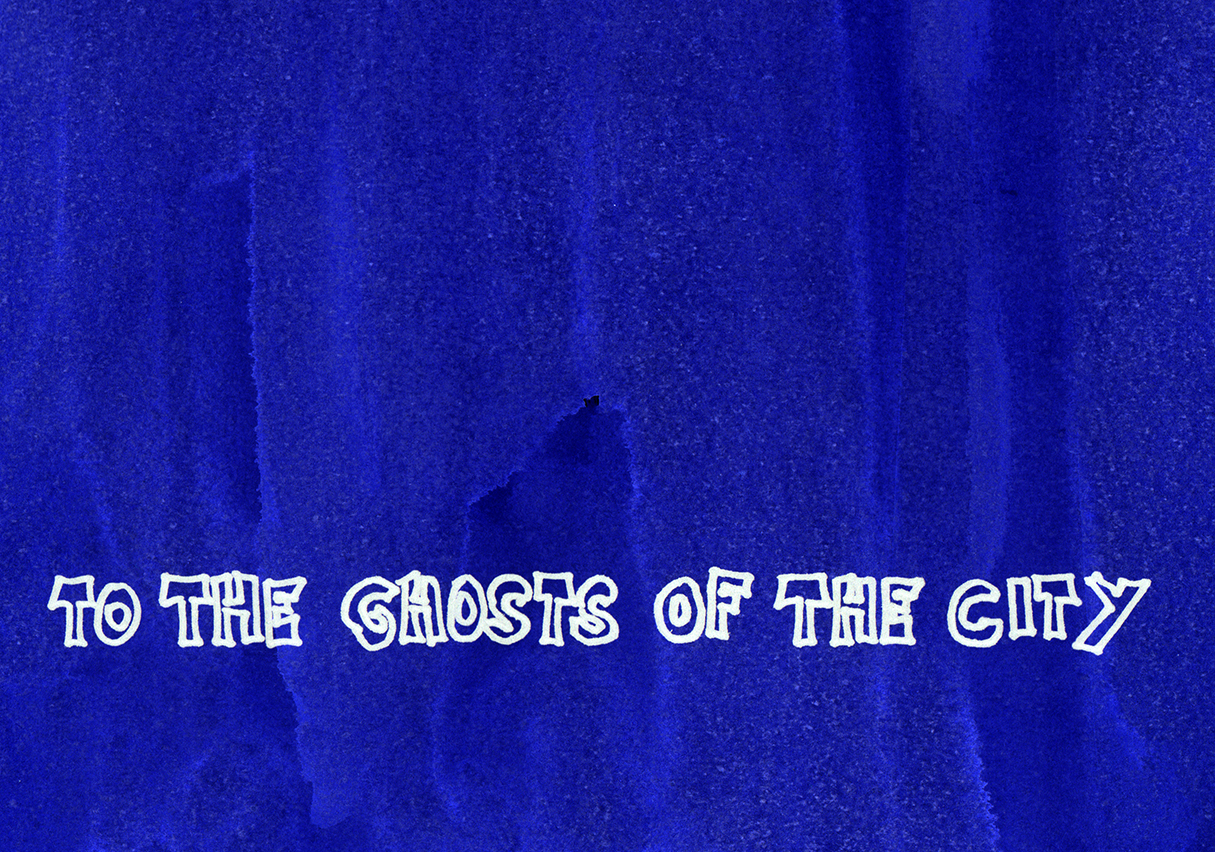 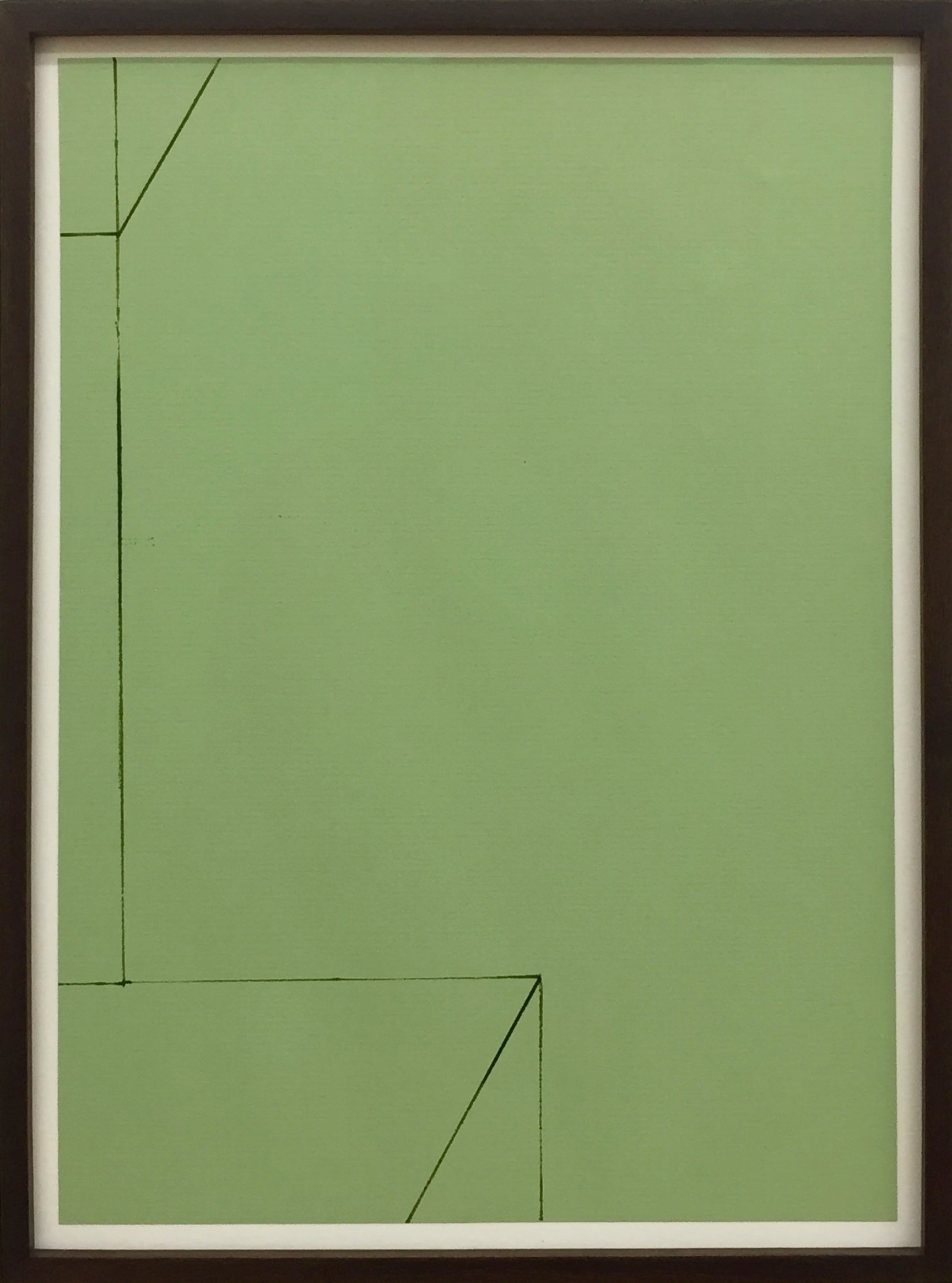 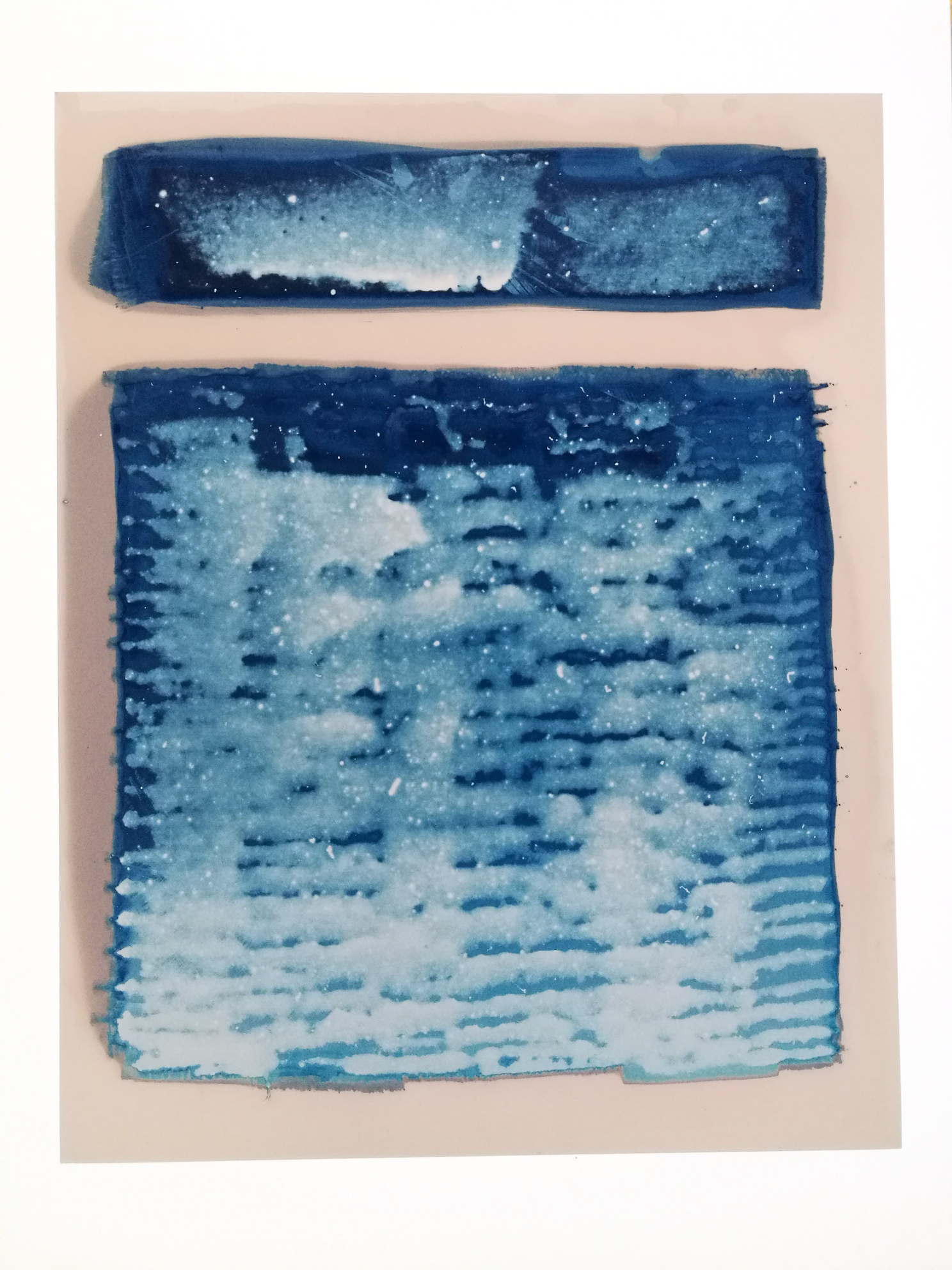 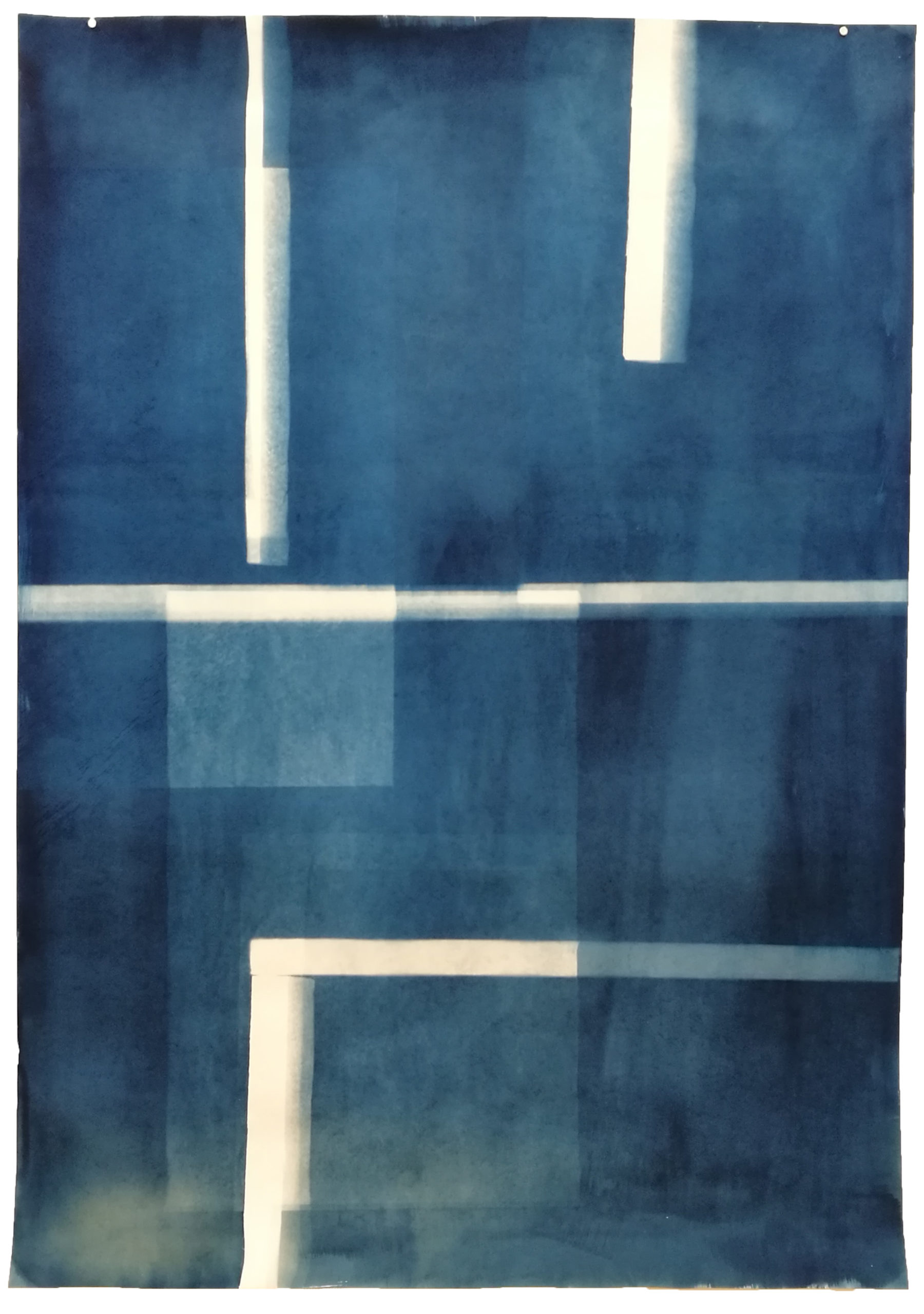 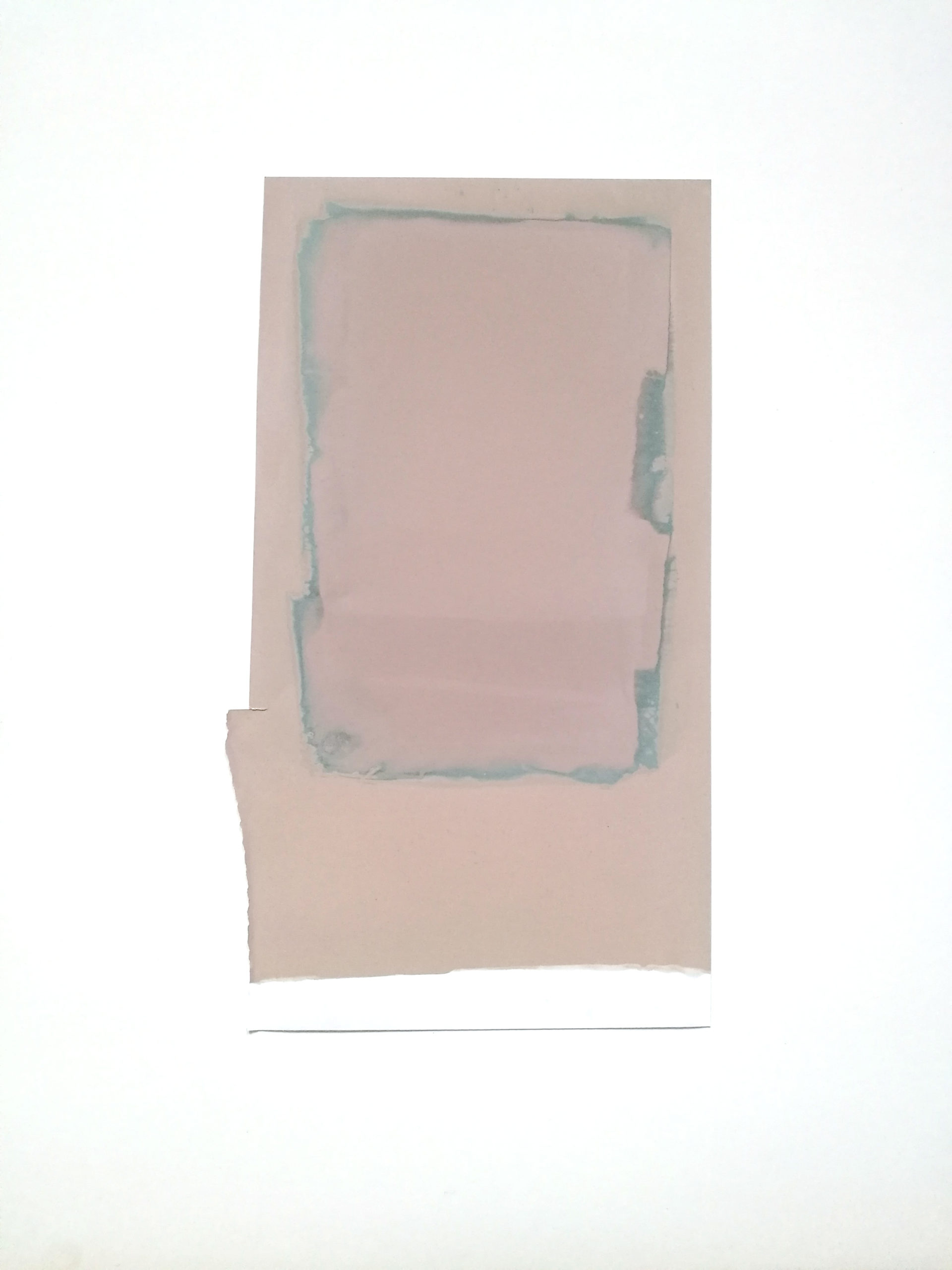 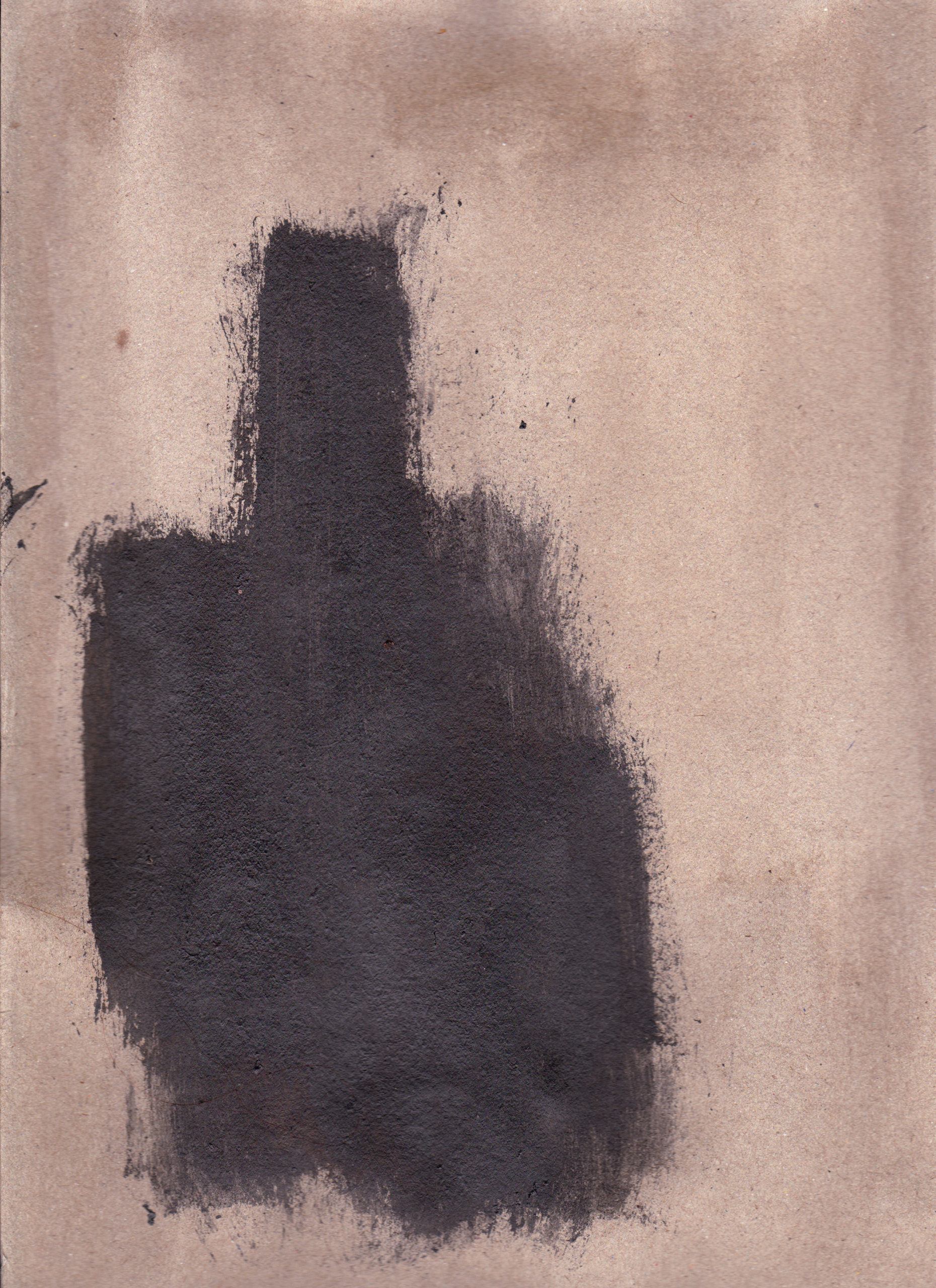 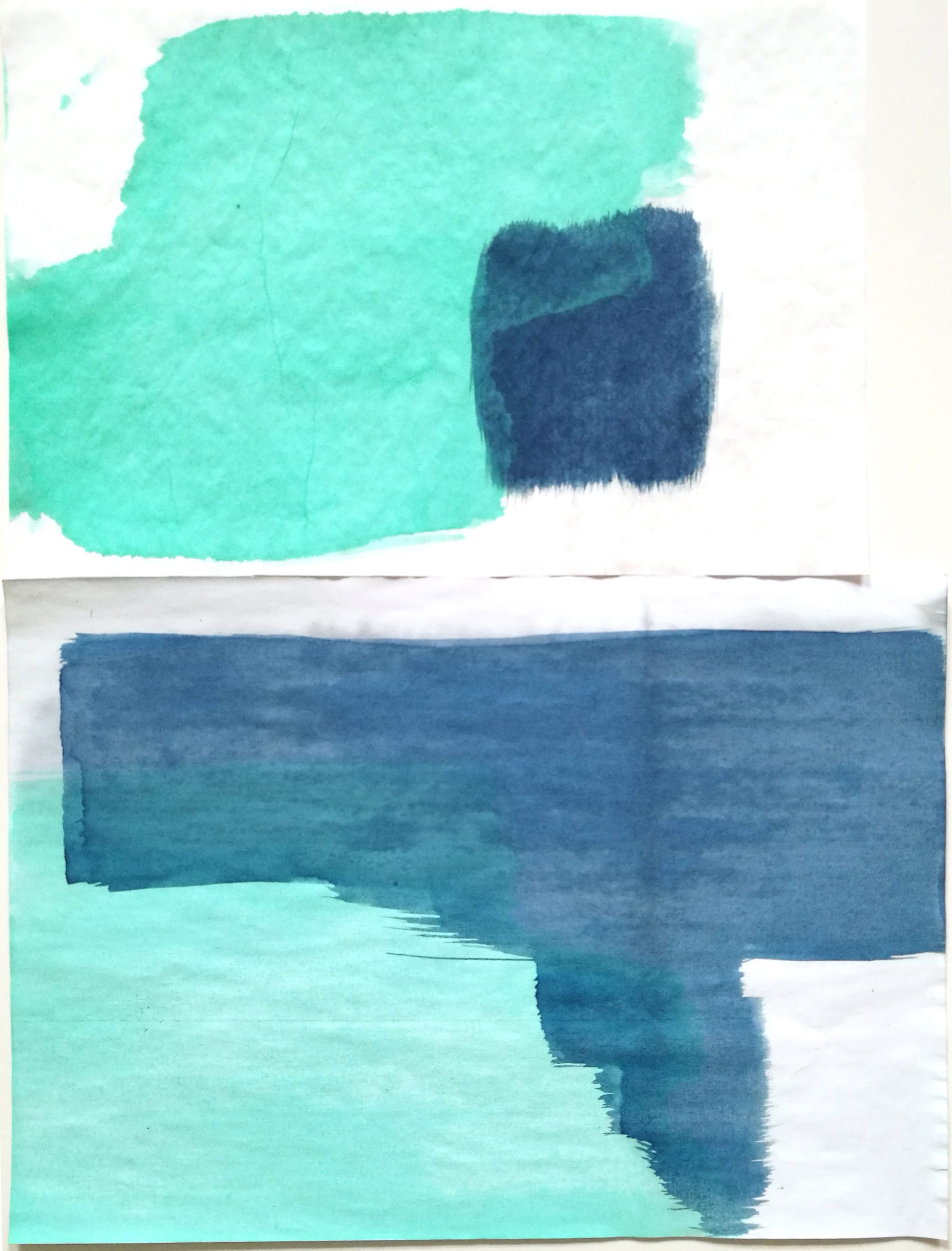 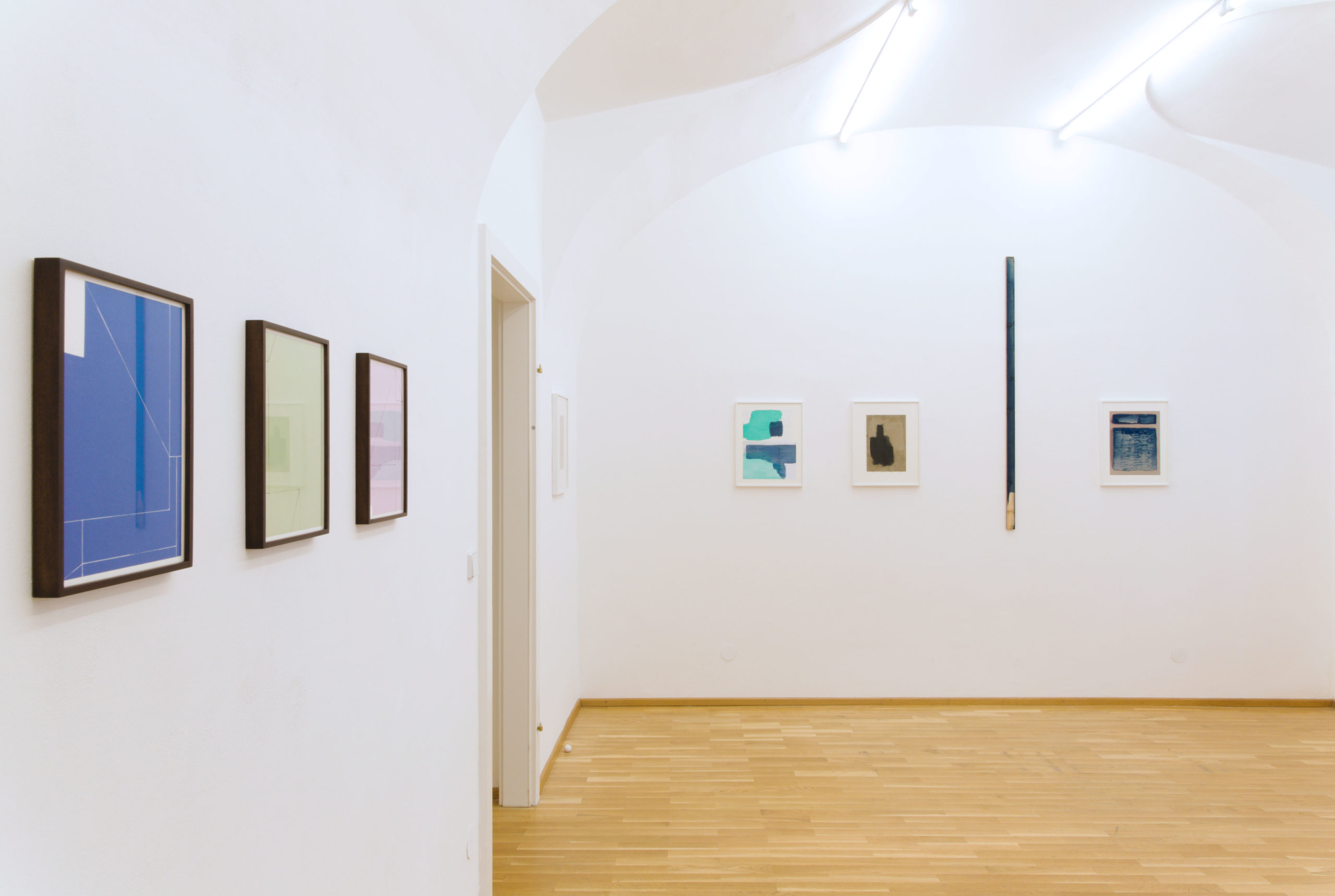 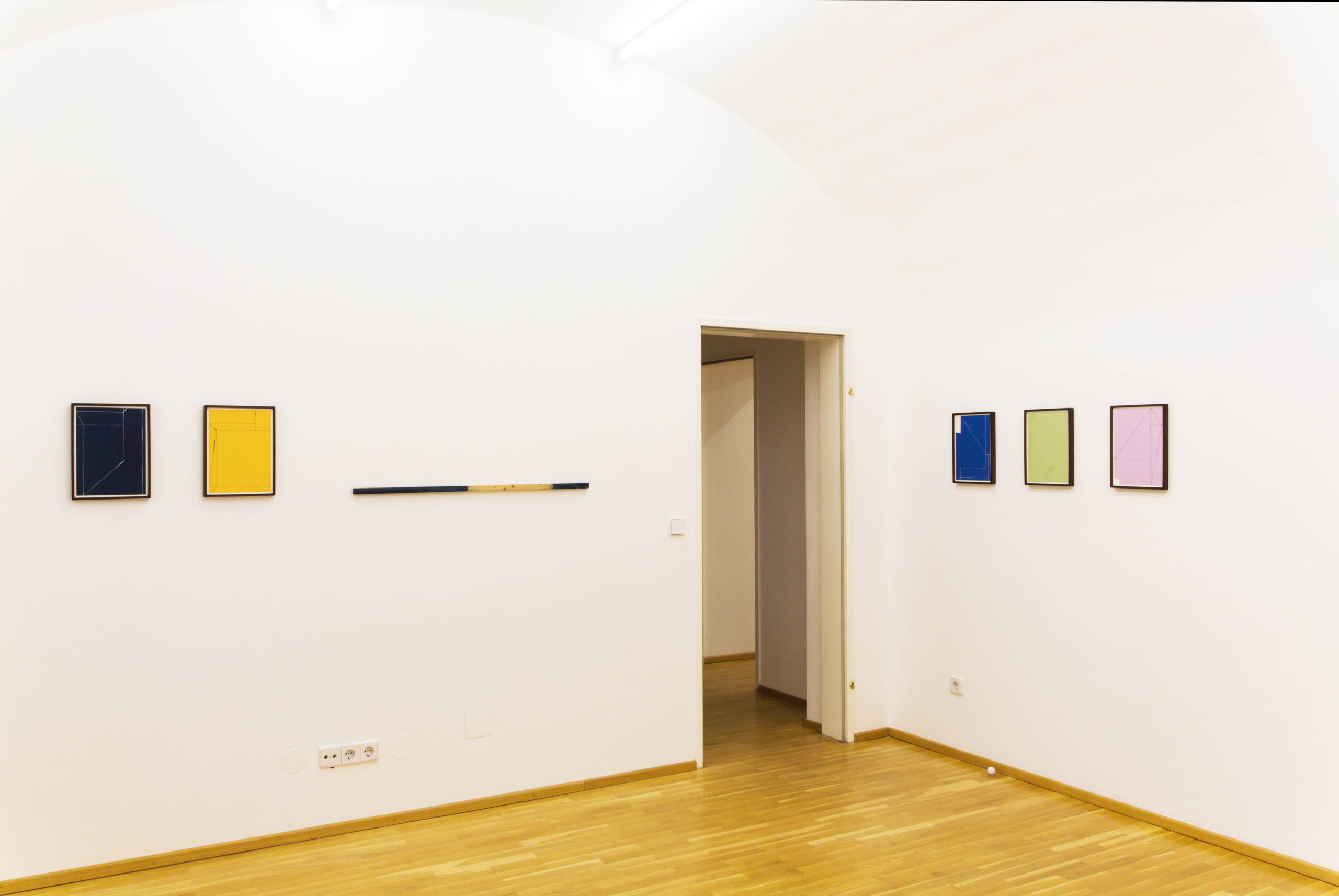 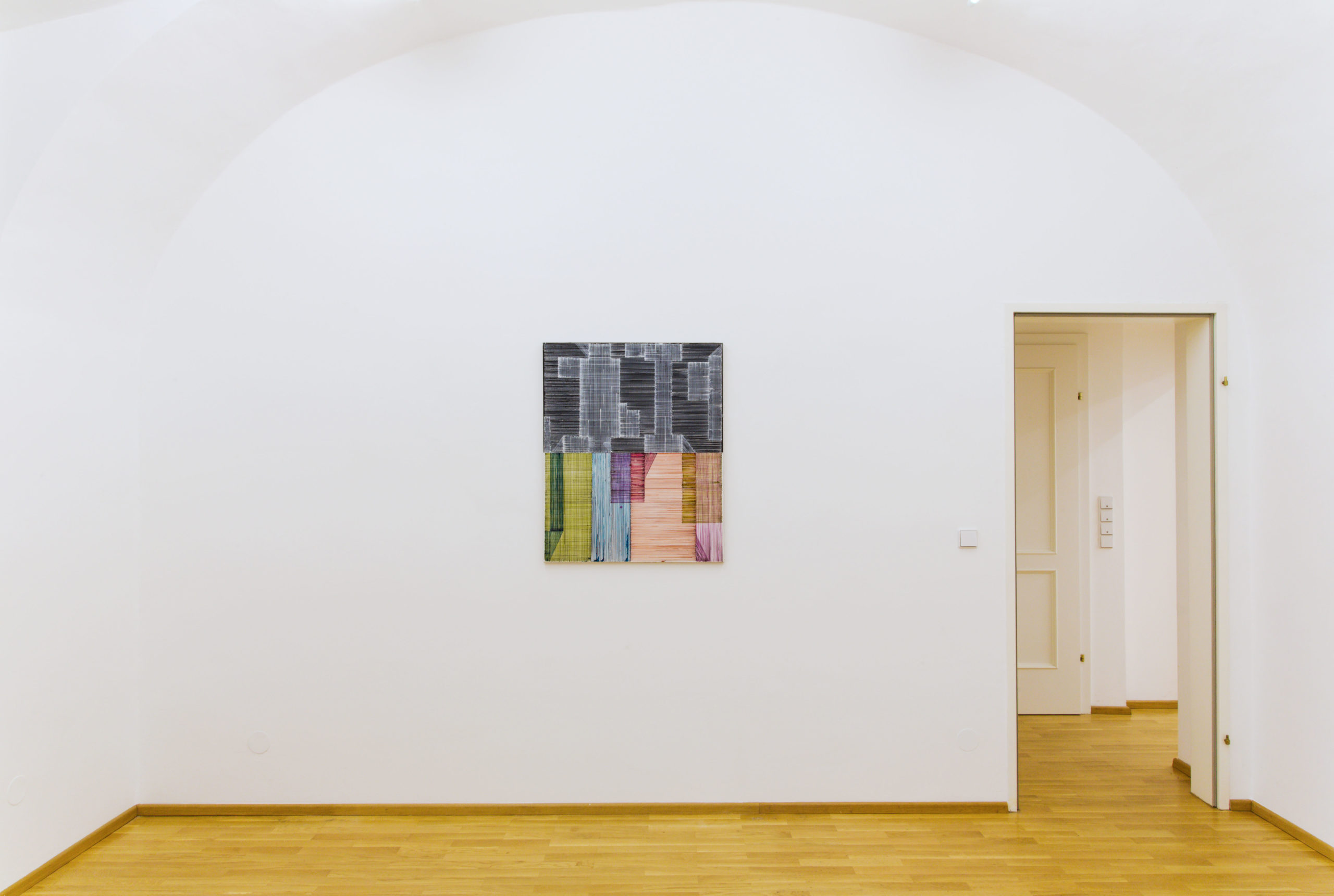 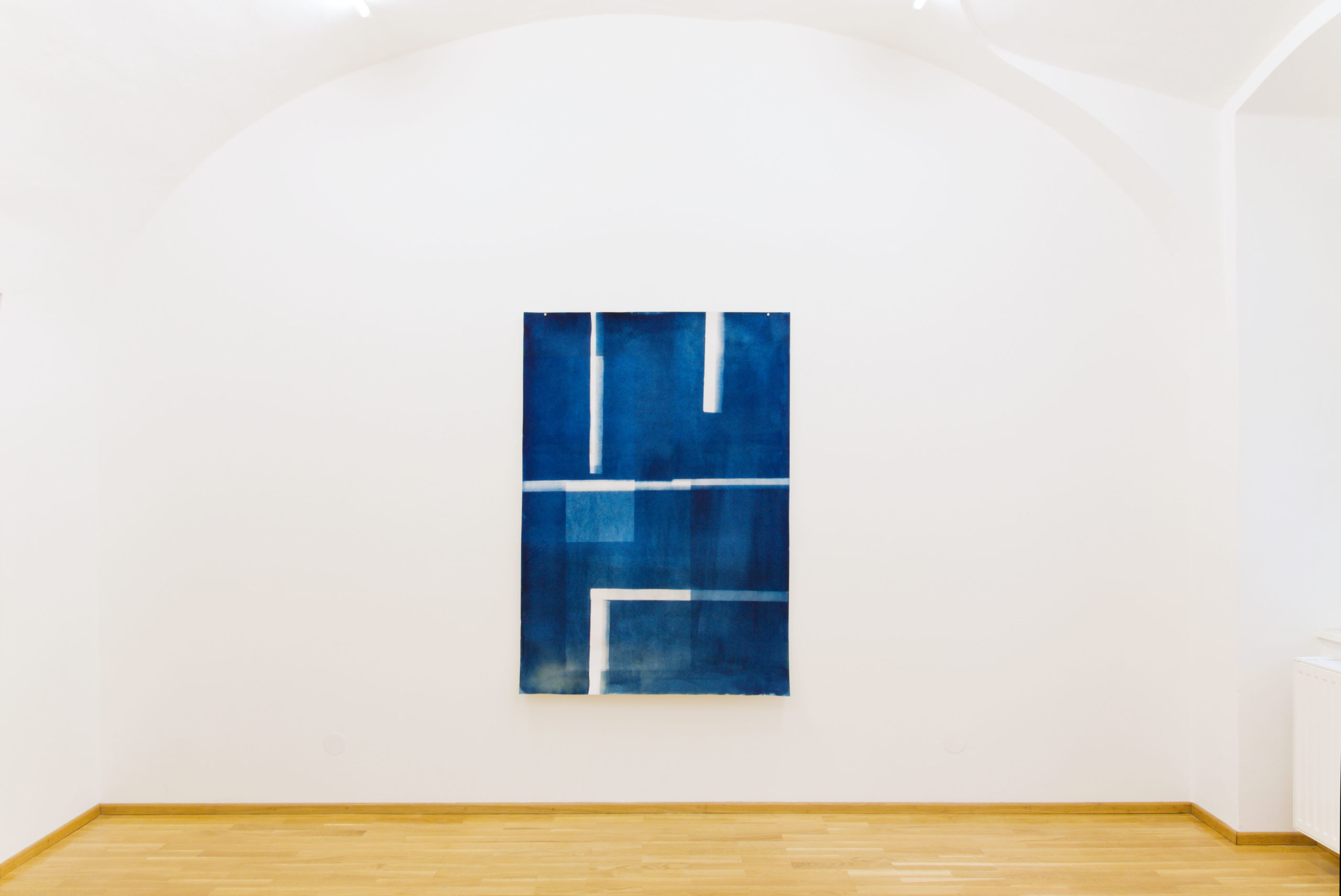 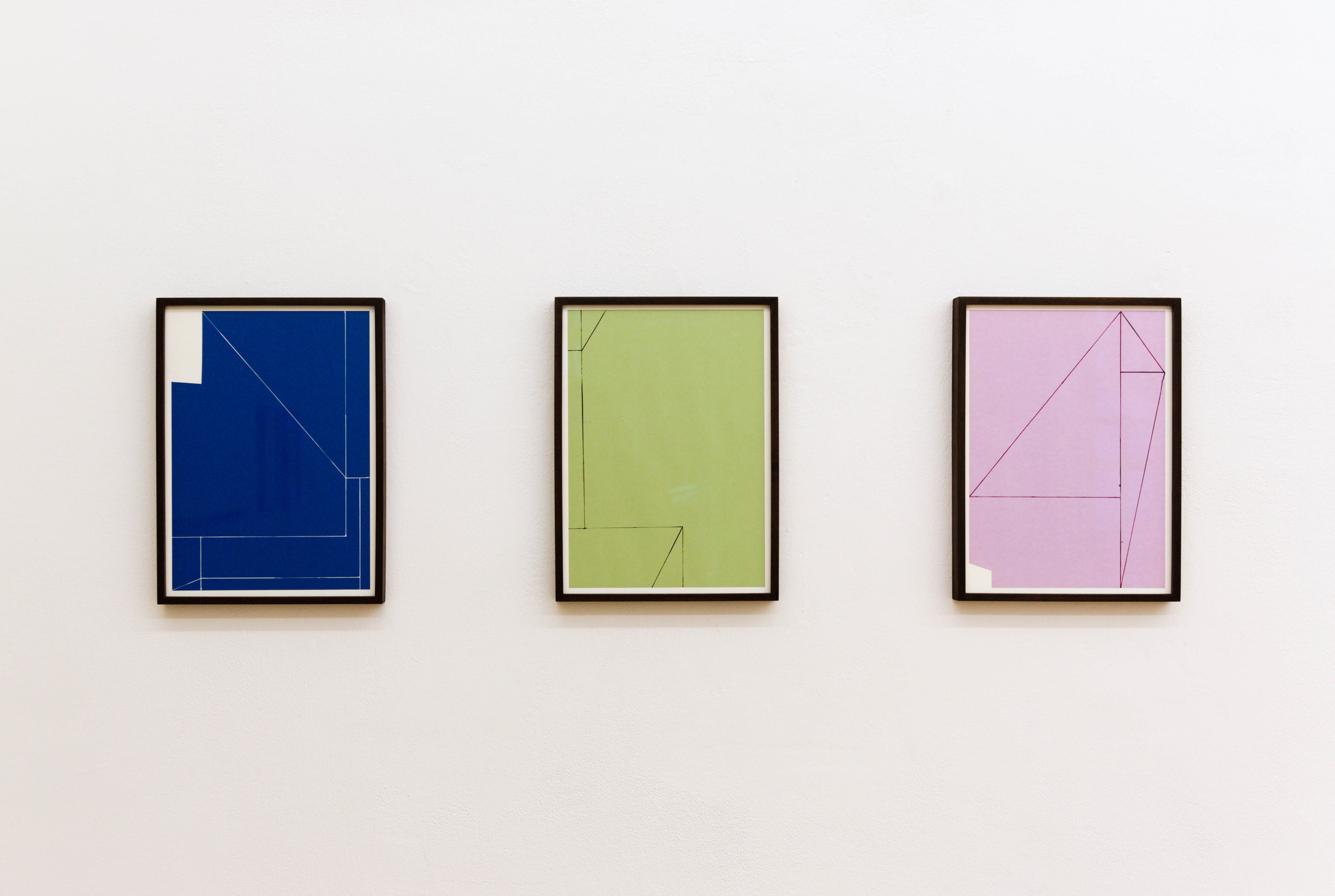 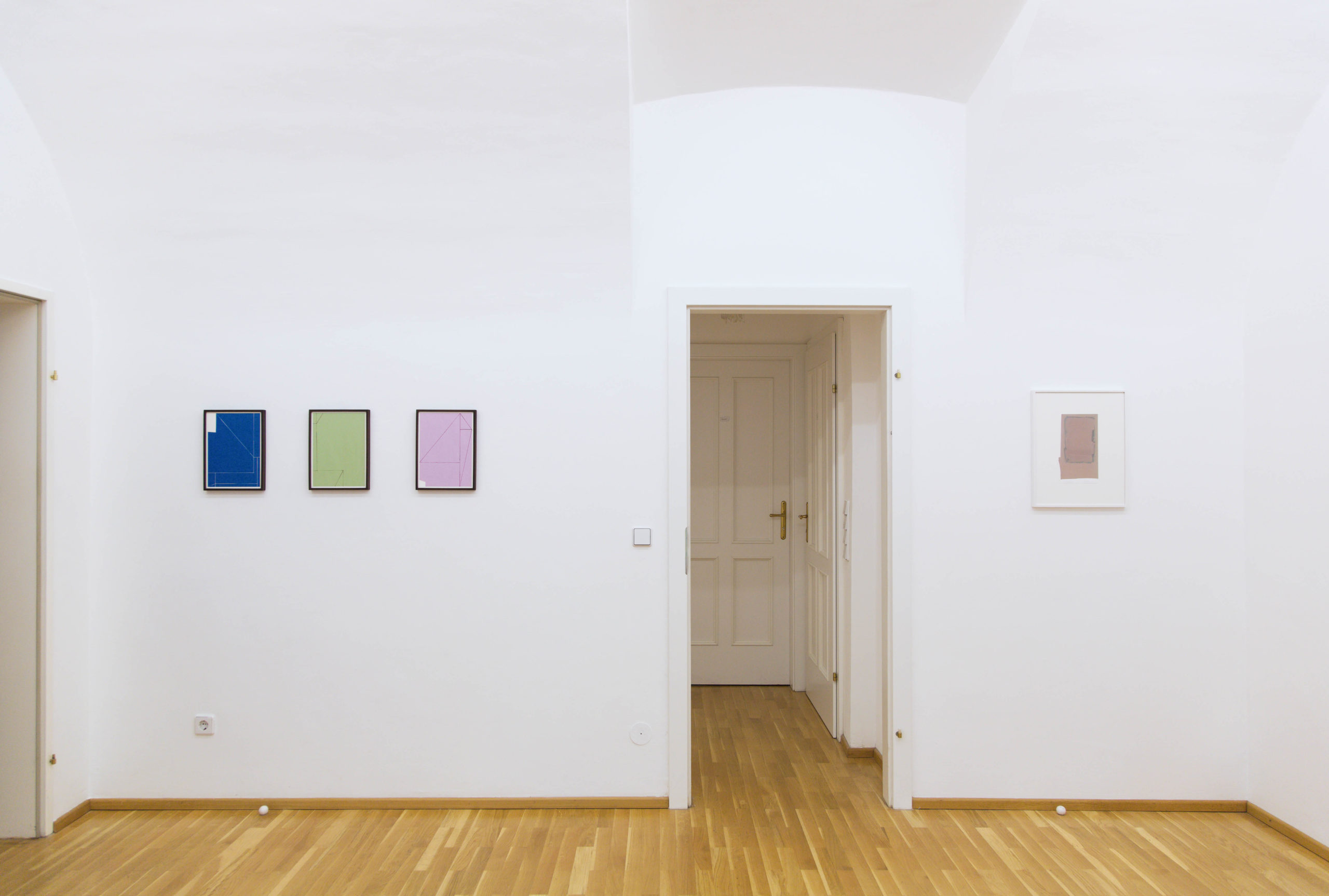 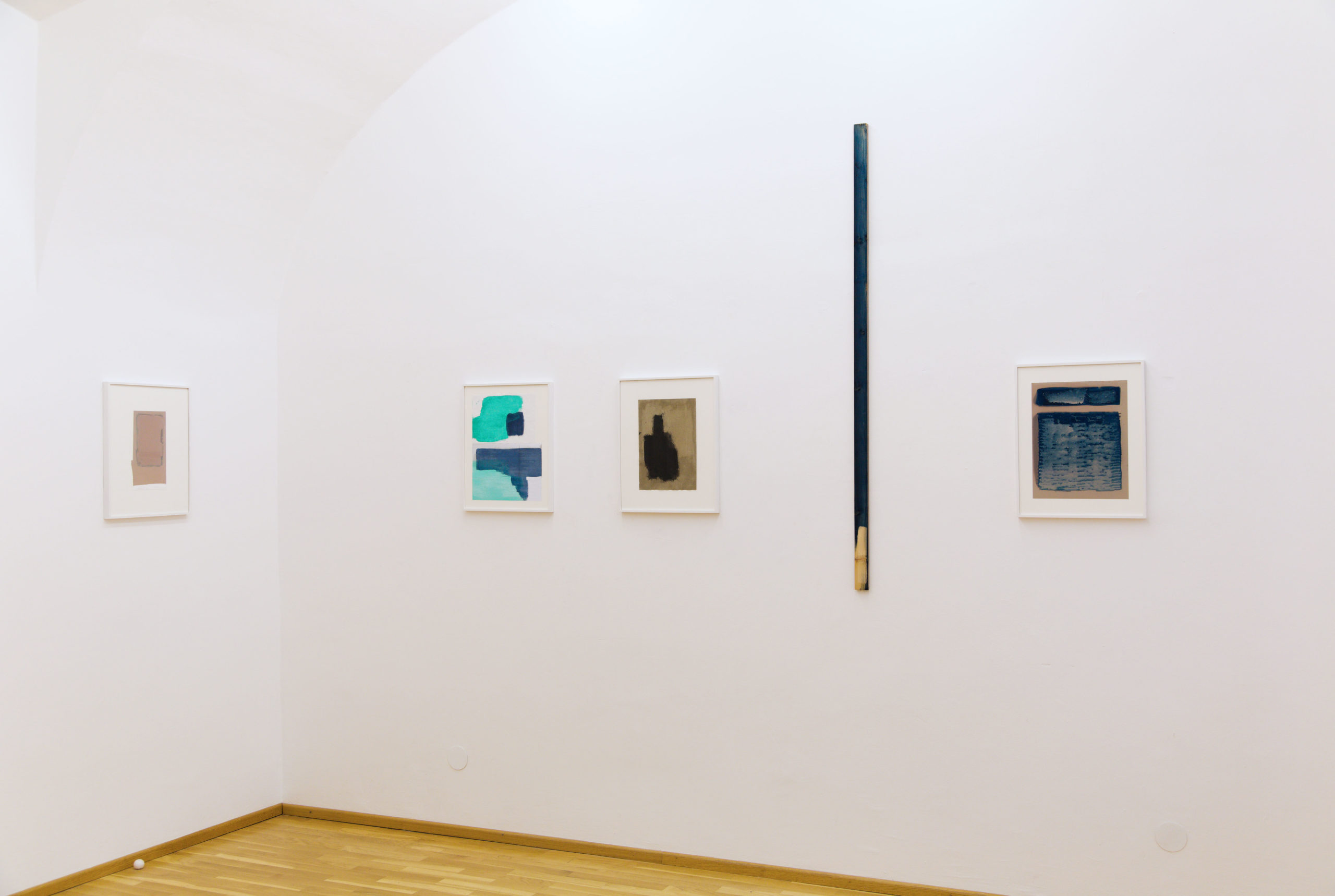