Sophie Dvořák’s works detach geographical-zones and areas from their cartographic composition and focus on former land surveying representations as colored set pieces that are reconfigured. Meticulously dissected elements are put together in collages to form new constellations, the interwoven structures of which serve as a matrix of alienated visualization models and remind of variables of a virtual world. Dvořák questions the existence of cartographic display modes as a “master narrative” of a believed world survey as well as the inherent subjective moments of perspective, which are subject to constant historical and technical changes.

In line with Fredric Jameson’s postmodern and post-industrial subject, experiencing a loss of traditional cartographies due to a constant change of location, Dvořák deals with the horizon of experience that makes the former reading of geographic maps seem obsolete and puts translocal experiences in the foreground of the debate, that lead to a new mapping of terrains that is not only geographical, but above all cognitive. “Under Construction – Atlas van Europa en de Werelddelen”, a work from 2016, takes a Dutch atlas “of Europe and the Continents” from 1967 as a starting point to extrapolate different colored areas from it and translate them into the format of the collage. The rhizomatic arrangement of the individual areas still shows boundaries, which, however, seem to drift into nothing when dissolved. Similar to the Arctic Circle, where all traces threaten to be blurred, Dvořák focuses on moments of a geopolitical shift in reality. Historically, this atlas is a worldview from the Cold War period that has long been considered to be outdated. What remains is a cognitive imagination that two-dimensional cartographies can no longer redeem. These have been expanded by at least one dimension since modules such as Google Earth, making the transition between real and digital imagery increasingly problematic.

Sophie Dvořák takes on the problem of cartographic symbolism and extends it artistically in the exhibition space. In “Reconfigurations” she primarily negotiates graphic elements and colors, as they were once found in atlases. A room with collages, a wooden object and two plasterboards is dedicated to the Dutch Atlas. The yellow arrangement refers to the same areas in the atlas, which are further abstracted and taken from their two-dimensionality, since the views ultimately recur on three-dimensional structures. In the second room, a topographic map of the European territory is enlarged and applied to the wall. Two collages are mounted above it. The reference to geological strata is obvious here, on the other hand the artist tries to intervene, in order to reduce the character of the map and finally to dissolve it in areas and colours. On the opposite wall there is a grid structure, taken from a map measurer, which is used to determine and enter coordinates with angles and inclinations. Next to it, graphical representations are added, taking up mathematical and geometric methods of map projections.

Dvořák alternates between factuality and visuality, which are transferred into the pictorial space as artistically negotiated tropes. Her work thus leads to a contemplation of moments in a debate on reality that is always subject to the power of visual definition. Statistical and systematic measurement errors must be taken into account here as well as their visual interpretation in an artistic-discursive world. 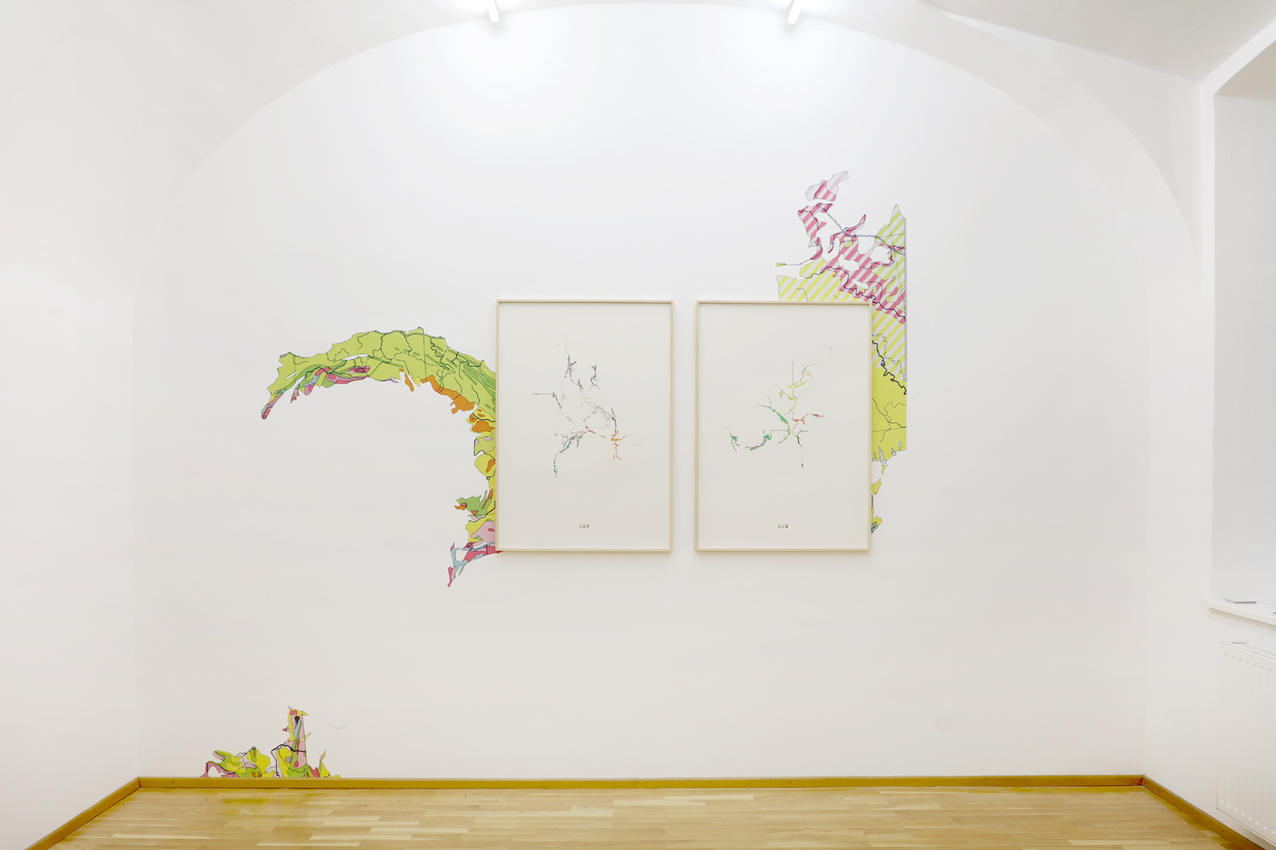 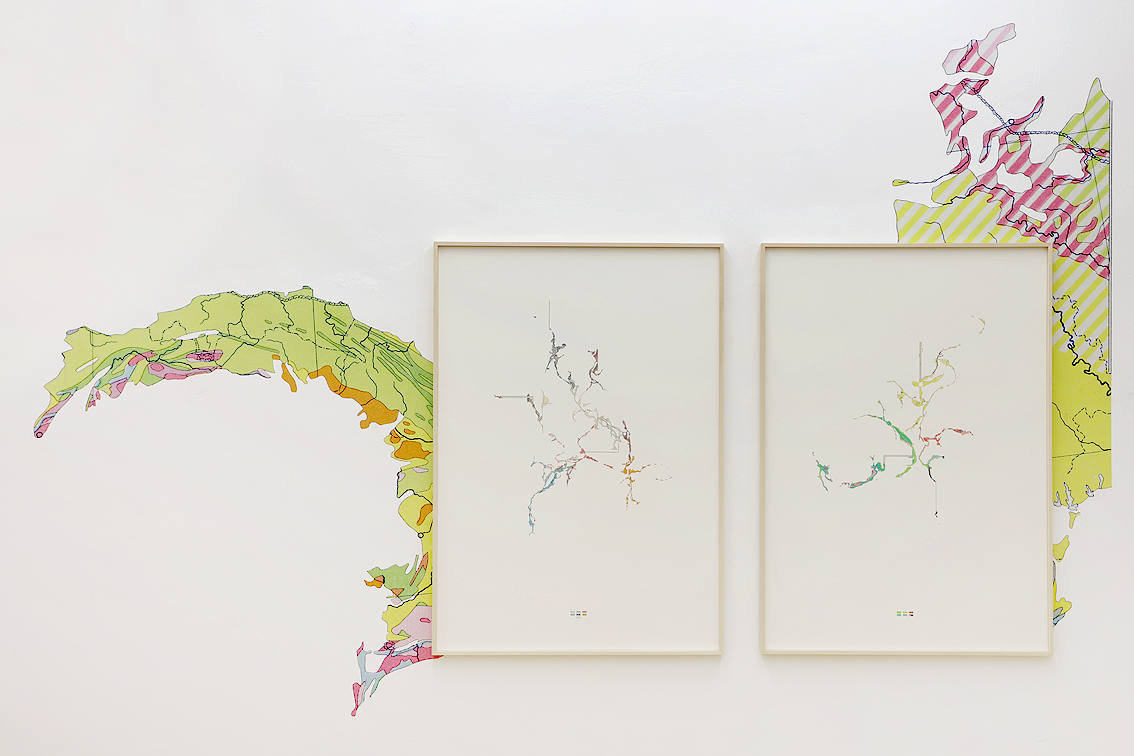 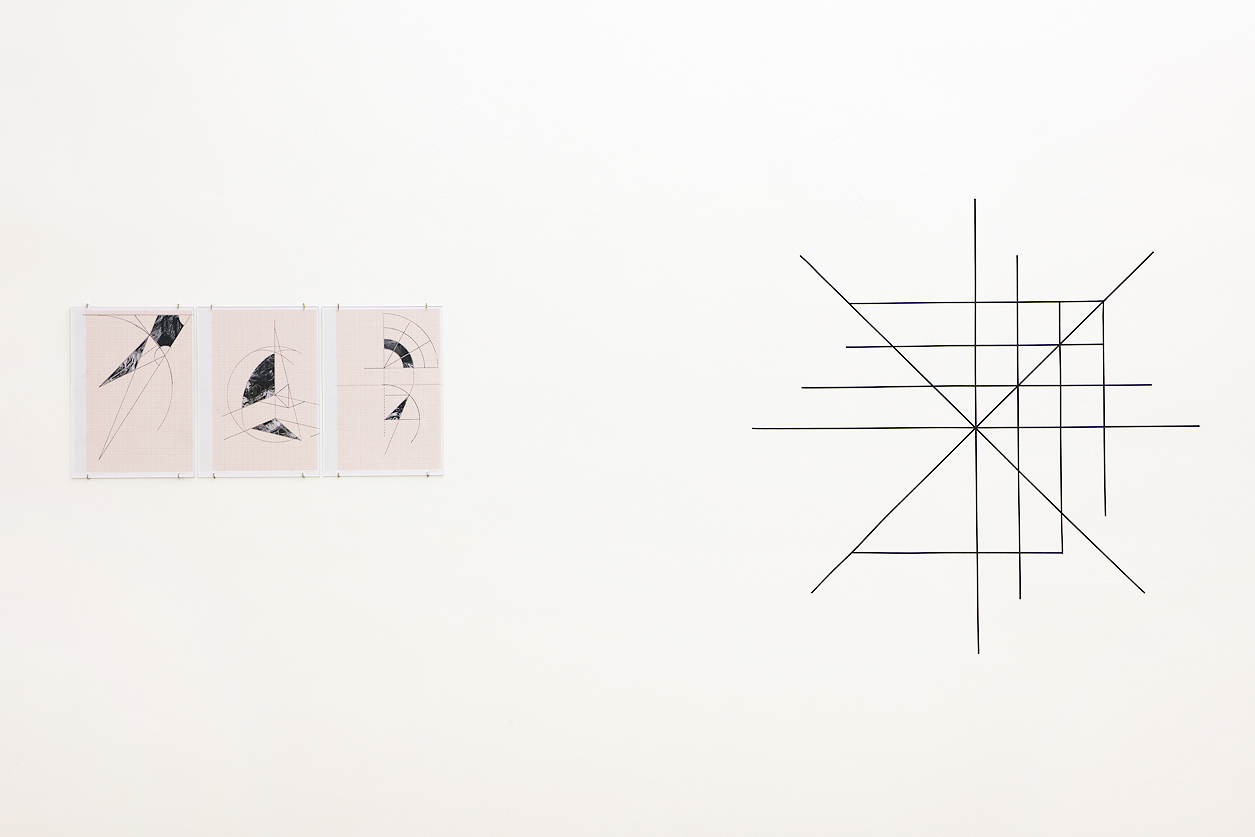 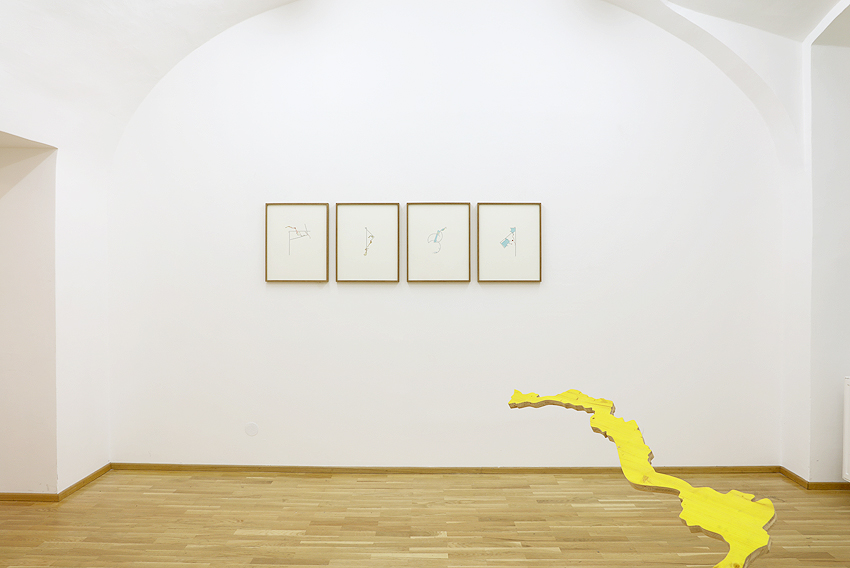 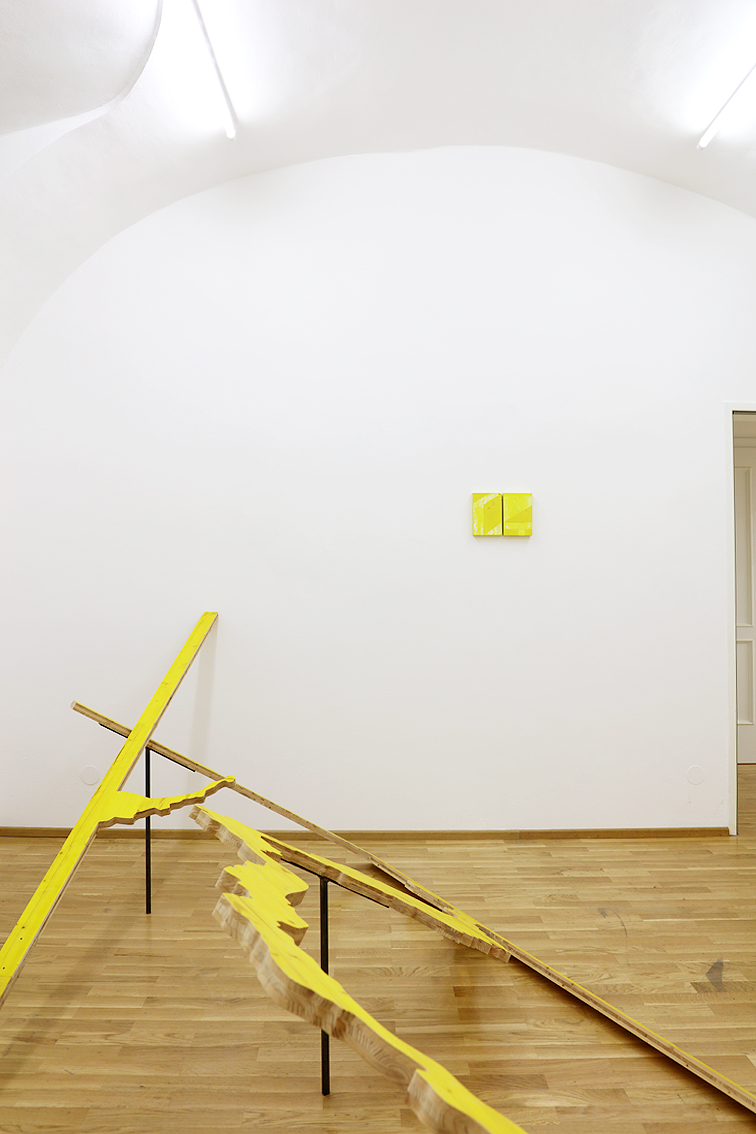 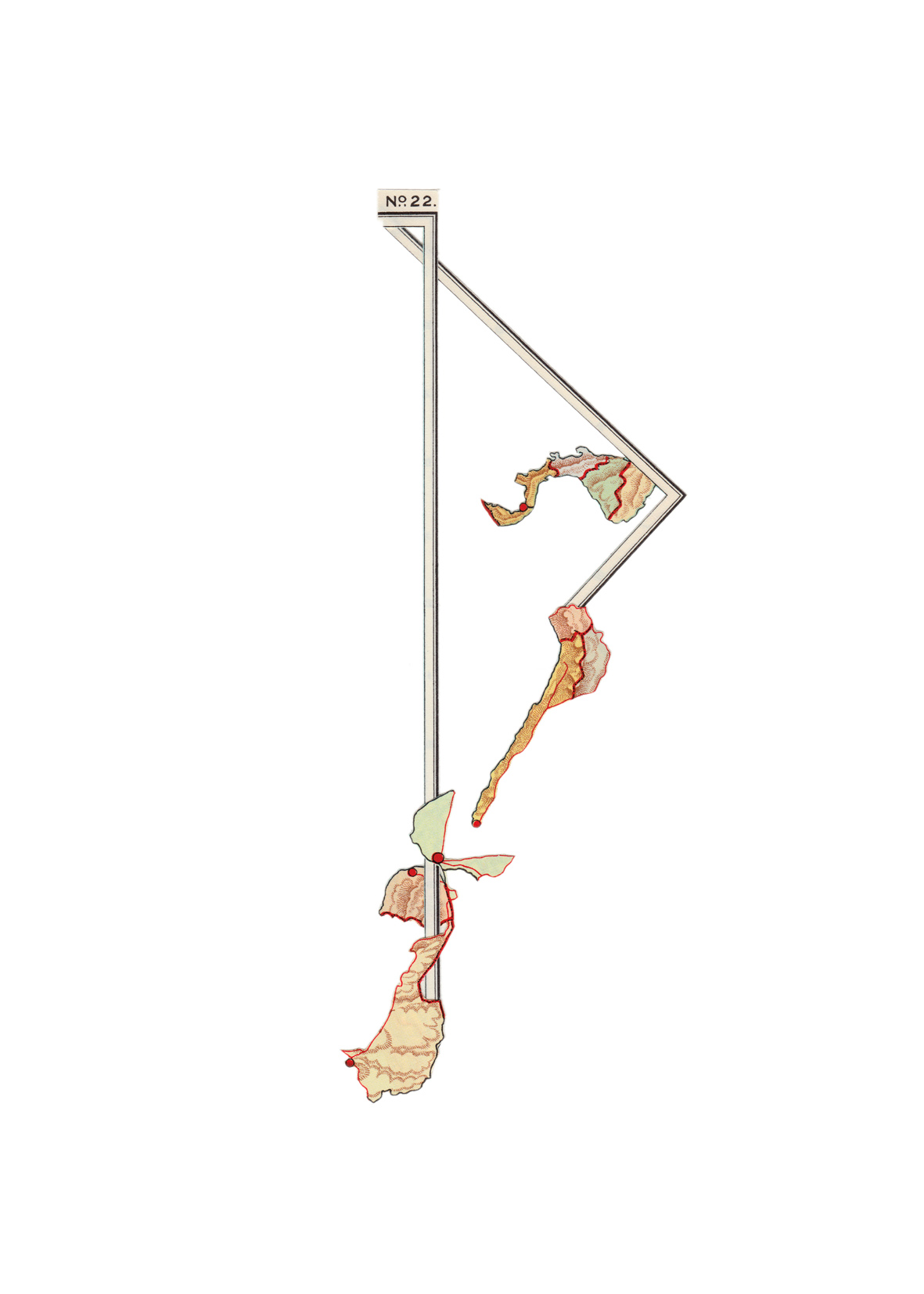 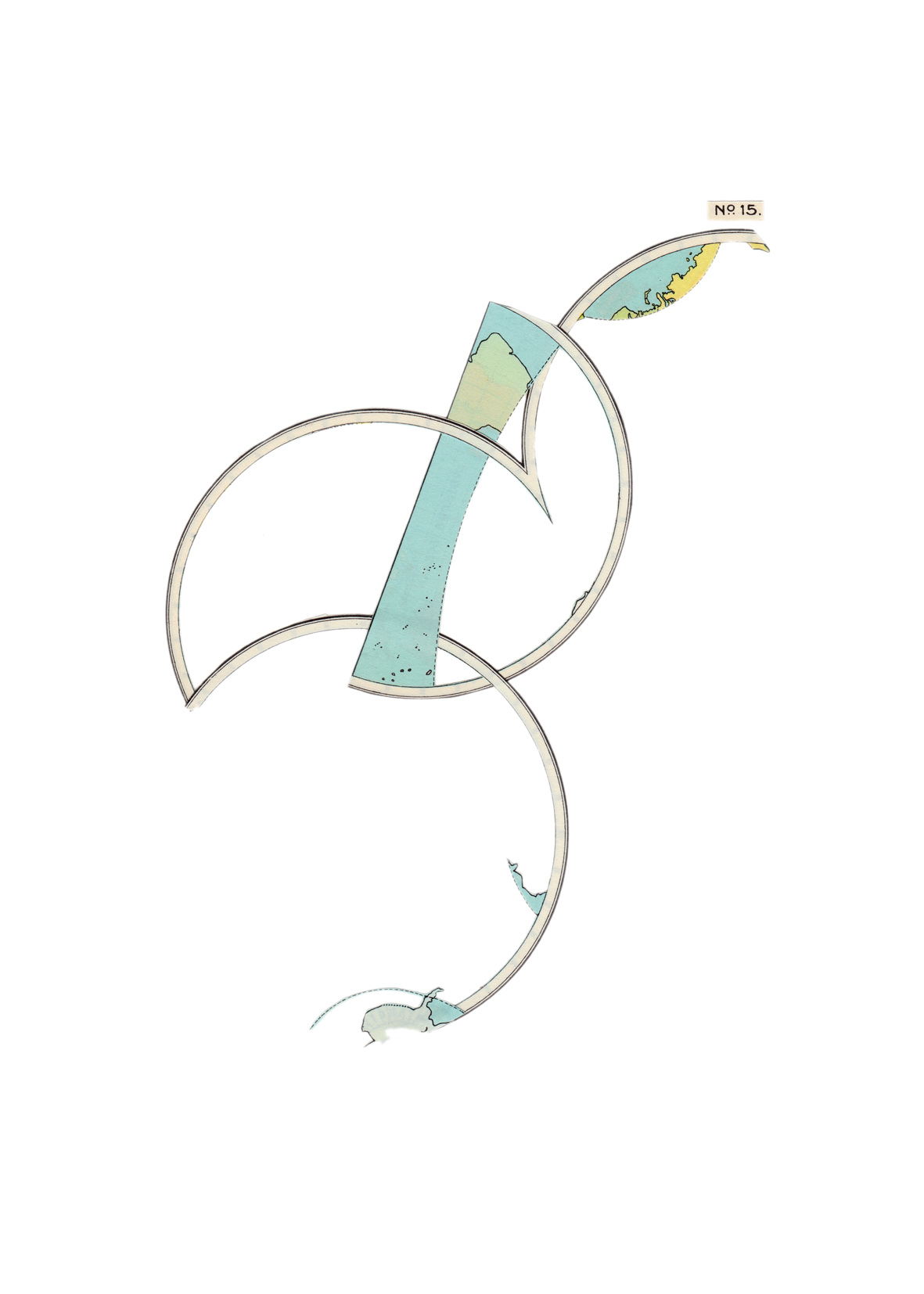 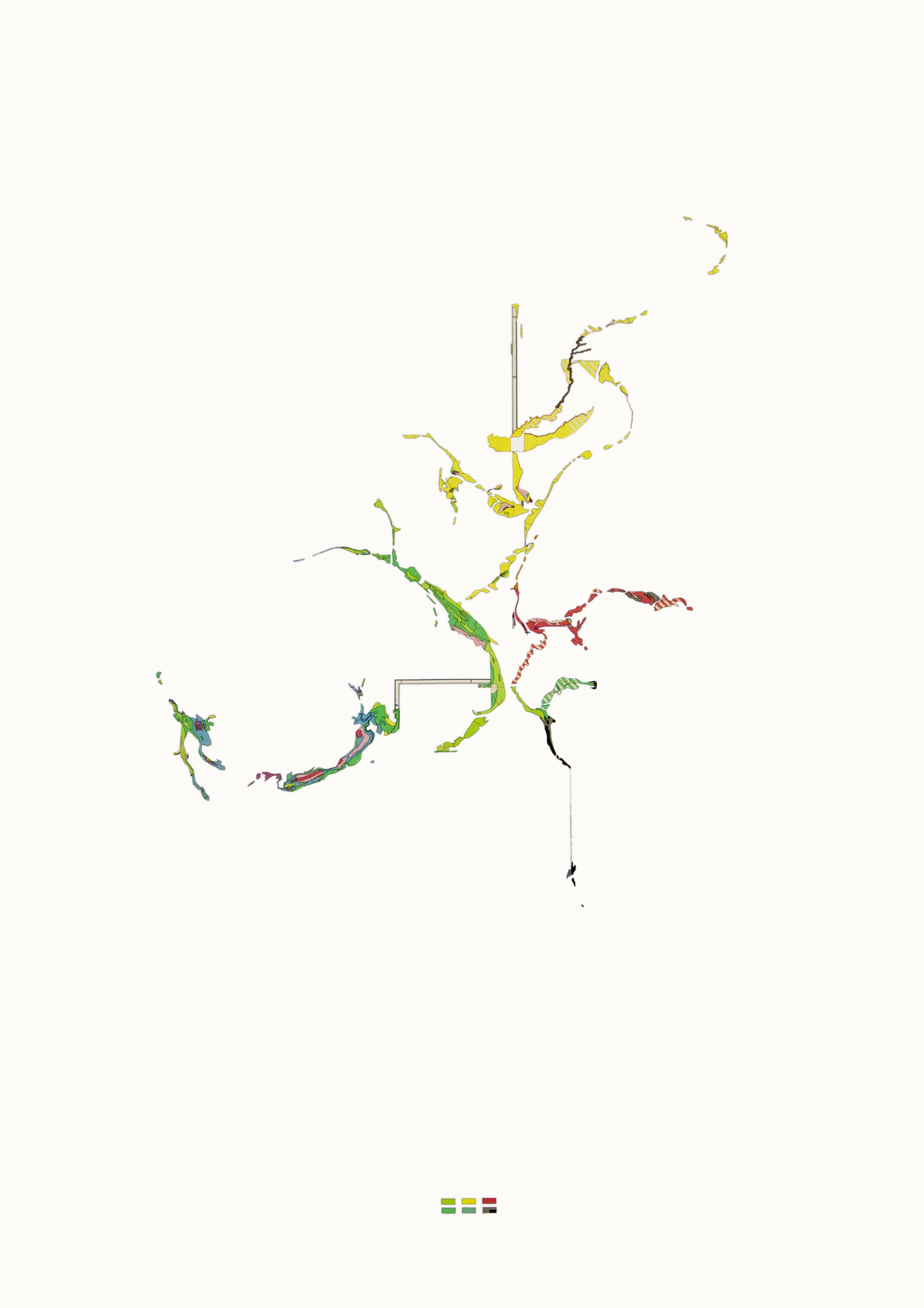 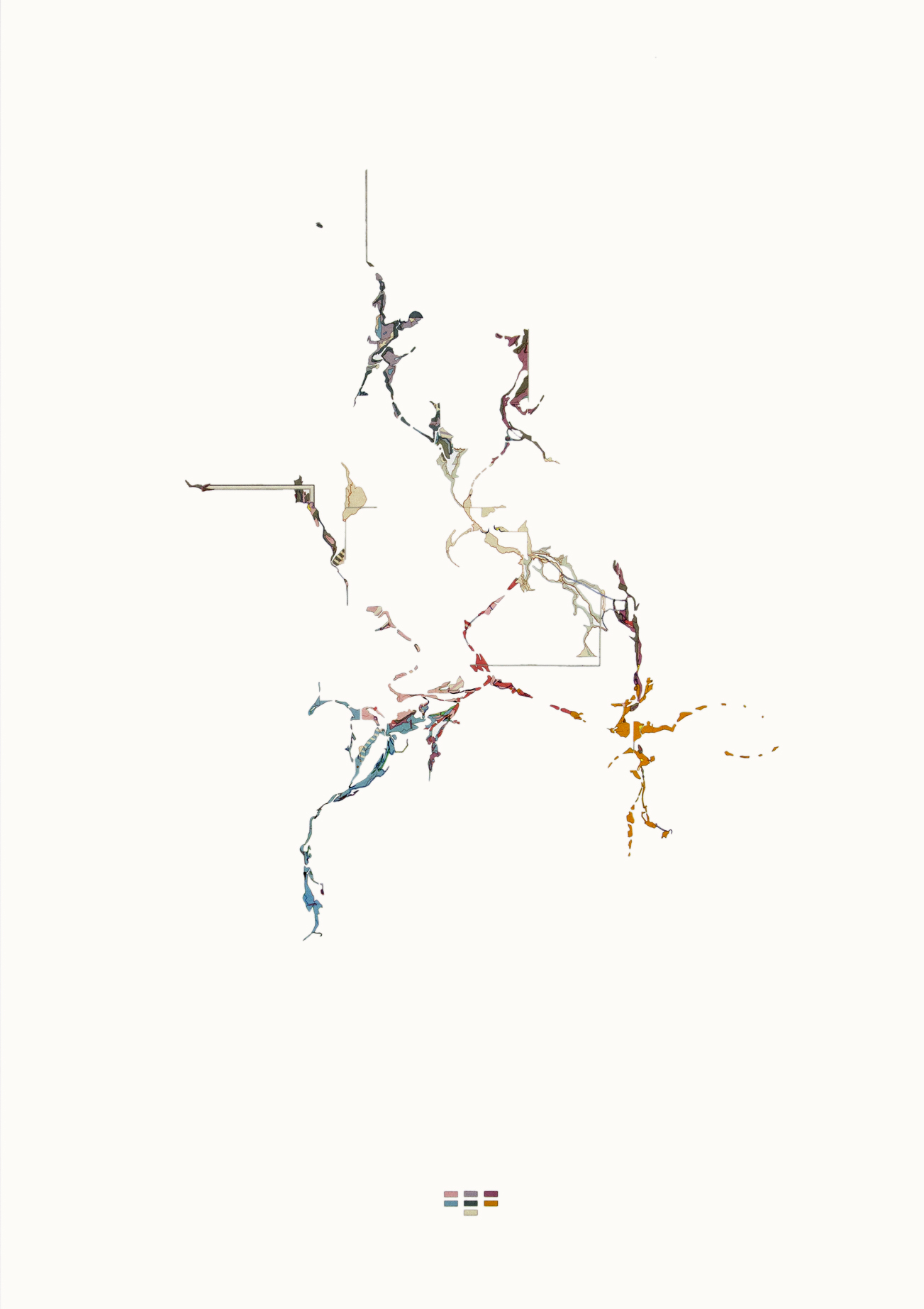 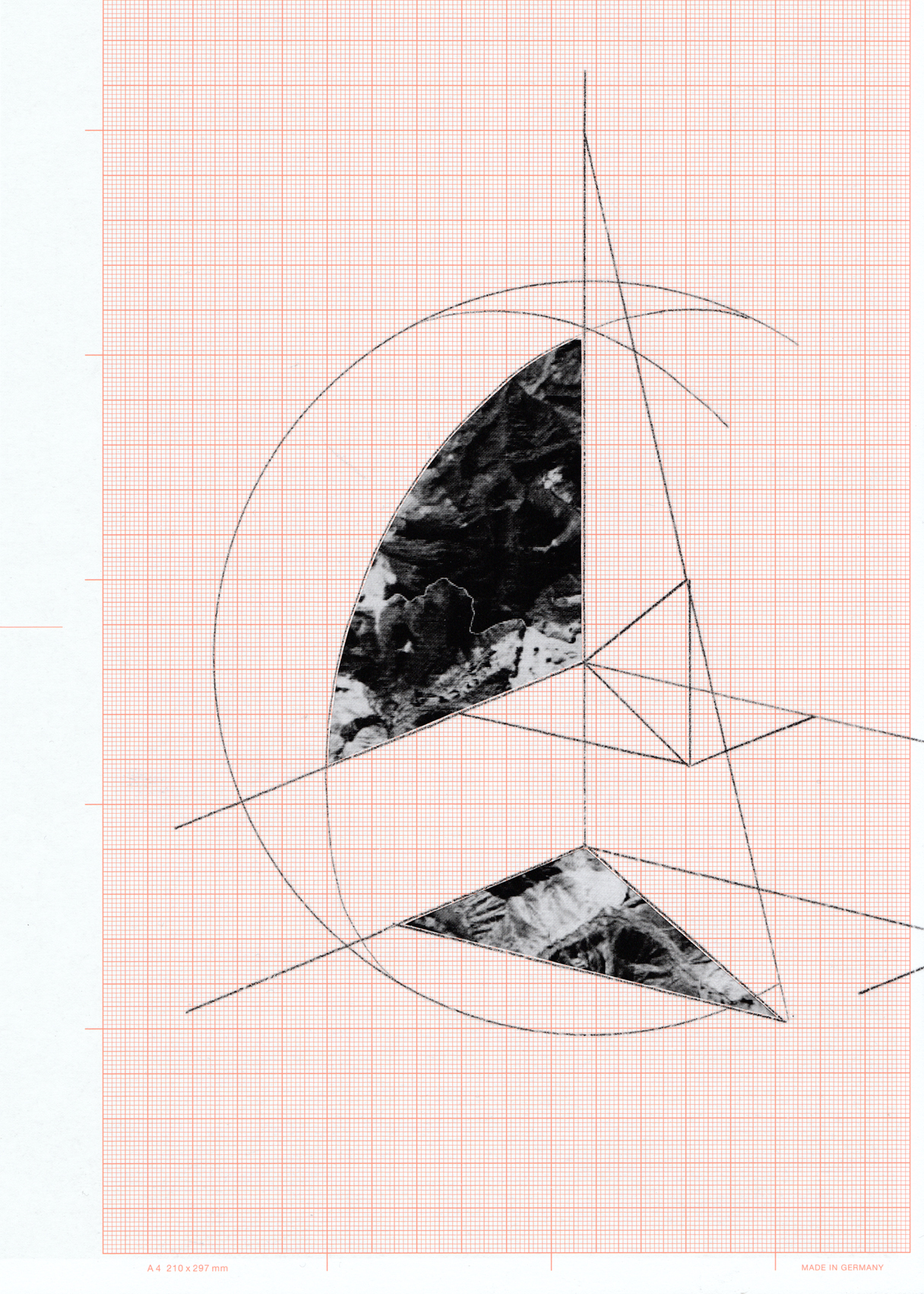 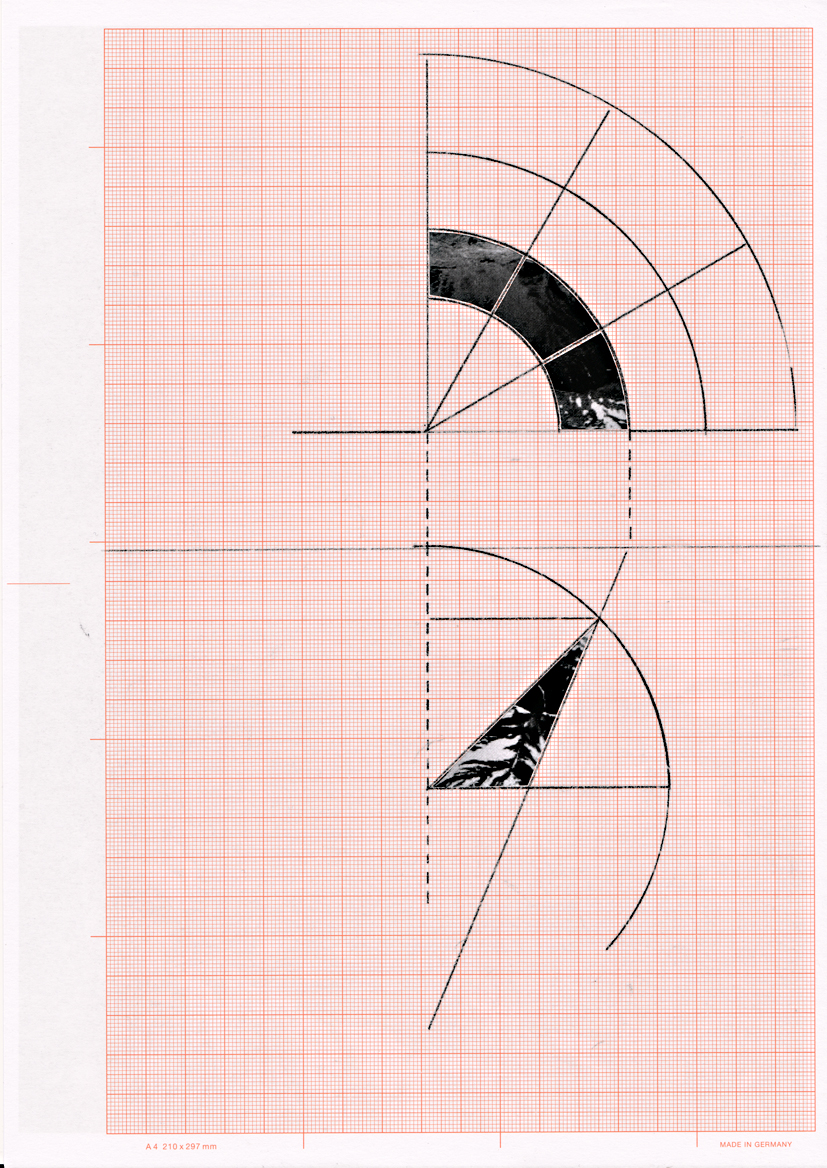